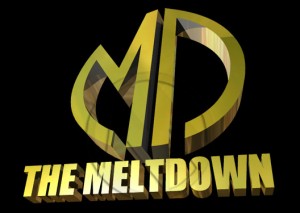 The Carolina Hurricanes lost to the Pittsburgh Penguins last night by a score of 4-1.

The Canes started the game out on a decent note, taking a 1-0 lead on Brandon Sutter's first career NHL goal. Sutter took the puck from a bumbling Brooks Orpik, who mis-played the puck right in front of the rookie center.

The visitors were able to keep the potent Penguins offense off the scoresheet for over two periods, thanks to some savvy play by the defense and outstanding play in goal by Michael Leighton. But during a four minute lapse in the third period, the wheels fell off for the Canes and the flood gates opened for the Pens.

The lethal Penguins powerplay unit was not a factor for most of the game, but after a hooking penalty by Nic Wallin, Evgeni Malkin rifled a shot at goal which hit Sid Crosby's stick and went in off of Leighton at about the 8 minute mark in the third.

Just 32 seconds later, Jordan Staal and Ruslan Fedotenko were able to get behind the Hurricanes defense. Staal made a beautiful pass to his wide open linemate and the sniper made no mistake. The Penguins never looked back.

About three minutes after that, the Canes were attacking and Ray Whitney left a drop pass at his blueline. Only problem was, no one was there for Carolina. Max Talbot took the puck in unimpeded and beat Michael Leighton 5-hole. to put the game out of reach.

Malkin rifled in an empty netter near the end of the game to close out the scoring.

The Canes worked hard in their own end for most of the game and did a commendable job keeping the Penguins off of the board for over two periods. They also kept their penalties to a minimum.

Michael Leighton looked solid for most of the game.

Brandon Sutter played another good game. He's come close to scoring on several occasions in earlier games and was over-due.

Sergei Samsonov made several good plays and continues to do everything but get on the scorecard.

Other than that ill-timed penalty, Nic Wallin played well again. He finished with a +1 and led the team with a remarkable 8 hits.

After a good start, the Canes were back on their heels for most of the second period. They were unable to put a shot on goal for over 10 minutes and ended up being out-shot 10-6 in that period.

The team was out-shot in every period of the game and ended up on the short end of a 35-25 game total.

The ice seemed tilted toward the Hurricanes zone once again as the team repeatedly has trouble getting the puck out of their zone for extended periods of time.

The new lines didn't seem to mesh very well, especially Whitney, Brind'Amour, and Cullen. Those three players only managed to put a total of two shots on goal for the entire game. Obviously the team needs more from those players in order to be successful.

The team seemed to lose their composure after that first Penguin goal.

This could be a perception, but six games in it seems like the team has yet to put together a complete game.

Why are Dan LaCouture (2:07) and Wade Brookbank (1:47) relegated to just two minutes or less of playing time each game? Is just rolling with three lines going to eventually wear out the top nine forwards, or worse yet, make them more susceptible to injury?

Should the team call up another forward from Albany if Tuomo Ruutu is still unable to practice or play?

It seems like the Canes have had trouble breaking the puck out of their own zone in many of the games so far this season. Should they try a different strategy?

For some Pittsburgh perspective, check out the PensBurgh Blog.