Share All sharing options for: Breaking News: Lightning Can Melrose

[caption id="attachment_2420" align="alignright" width="200" caption="Melrose will have free time to work on his mullet."] 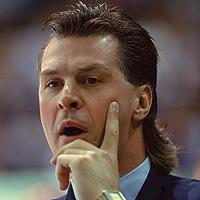 ''This was a tough decision to make,'' Executive Vice President & General Manager Brian Lawton said. ''Barry is a good man and we have a great deal of respect for him. We wish him nothing but success. However, the results were unacceptable and the players have to understand that we need to be better. Hopefully this change helps push them.

Check out the entire article.