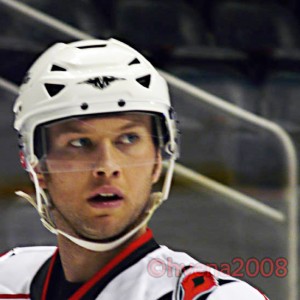 The Hurricanes made their first move of the new Paul Maurice era, sending Josef Melichar and Patrick Dwyer down to Albany and recalling Casey Borer and Tim Conboy.

With Justin Williams' return — and decent play in his first game back — Dwyer's penalty killing skills became expendible, so instead Carolina adds toughness with Conboy.

Conboy became a fan favorite last season for his rough-and-tumble style and energetic fights. The fact that he has played both defense and forward should be an asset to a lineup that is again missing several key contributors.

Borer will be filling Melichar's spot. Borer was impressive in an 11-game stint with the Canes last season, and with Melichar's struggles last night vs. Pittsburgh, the 23-year-old Borer will get another opportunity in Raleigh.