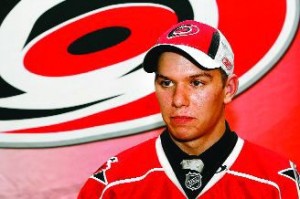 Boychuk made Team Canada for the second consecutive year and will be looking for another gold medal. The Lethbridge winger has 12 goals, 14 assists, 26 points and is a (plus) +13 in 21 games for Lethbridge so far this season.

Bowman made Team USA this time around, after being snubbed last season even though he had outstanding stats. Last year's Memorial Tournament standout for Spokane has 15 goals, 18 assists, 33 points, and is (plus) +18 in 30 games this season.

The annual tournament gets under way on December 26th in Ottawa.