Clicks and Clippings: Nowhere to go but up

Share All sharing options for: Clicks and Clippings: Nowhere to go but up

"If we sit and wait for our offense to get going, it's going to be a painful experience."   -   Coach Paul Maurice, in comments after practice Sunday.

So how bad is it?

#24 NHL.com overall standings in the NHL

Here's a few of those power ratings that come out every week.

I couldn't find any team statistic where the Hurricanes came out in the top half of the league, including Face-off % and Penalty Kill. Using the analogy of a stock market trend (or perhaps a ferris wheel would be more fitting), have we finally hit the bottom from which we can only go up? Does Coach Mo have the key to bring the mojo back to the Canes locker room just as he did when he arrived last December? As Cory pointed out this morning, in the past the annual "State Fair" road trip has been a positive turning point. Will this year fit the pattern? The team flies to New York today and won't return to the RBC till next Monday's practice. Will this trip provide a jumpstart to find their way to putting up some points on the scoreboard and in the standings? And when they return home from Minnesota on Sunday, will the Caniac Nation (and perhaps Mr. Rutherford) be greeting them with banners or pitchforks?

But, as a reminder that it's a little early to panic, I found this humorous piece "10 Completely Accurate And True Assumptions Early In The NHL Season". Not sure if this premise still applies in November. (I mean, is it possible that Marc-Andre Fleury really won't lose a game this season?)

Cam Ward has been recognized as the only consistent shining star thus far and here is that glove save on the Penguins' Bill Guerin showcased as the #1 Save of the Week. Also, Tuomo Ruutu's crunch on Kris Letang in the same game can be seen here one more time, at #8 for the week.

Some recent pieces on the Hurricanes

From this morning's N&O: Hurricanes looking for that spark. ice_chip is tweeting that everyone is back at practice today (except of course Erik Cole - who hopes to be back by early November). The Canes now show these revised offensive and defensive lines on their depth chart.

Droschak: Whitney's Journey to 1,000 - Carolina Hurricanes  Ray Whitney is expected to play in his 1000th NHL game in NY this Wednesday.

Light at the end of the tunnel for Scott Walker, wife Julie via CBC tv (for Hockey Night in Canada)
Lowe has watchful eye on potential Olympians - NHL.com - 2010 Winter Olympics gives us some background on how the Team Canada roster will be determined.

The Puck Drop's podcast had a chance to visit with Tripp Tracy on Monday - you can listen here.

The other podcast that I consider must-listen from Paul Branecky and Kyle Hanlin just came up this morning as well.

Early Season Enigmas | The Hockey Writers - From a purely fantasy-league perspective, the writer looks at the troubles with Eric Staal and wonders if now is the time to trade.

From the River Rats

Back in Albany, the River Rats split a back-to-back over the weekend. Friday night was an overtime win over their arch-rival Phantoms. On Saturday,the Worcester Sharks broke the 'Rats 4-game win streak, with Mike Murphy in goal. Here's the place to check out the stats for the Canes AHL affiliate. Another great River Rats blog is My Phil-osophy from Phil Janack.

In the Quebec Major Junior Hockey League, the first round draft pick for the Hurricanes, Philippe Paradis had a good night last week, getting a goal and 2 assists in a winning OT effort. Please note on the scoresheet that the Shawinigan Cataractes list 2 Coaches, a Trainer and a Therapist. Not sure what the therapist does for those juniors, but with all the talk of the Canes' ailing psyche, perhaps it's an angle Jim Rutherford might consider here as well.

Here's an "outsider's" take on which prospects the Canes will call up if they need to re-vamp the roster sooner than later. Tropical Storm Warning: Five Prospects For Hurricanes Fans To Watch This Season | The Hockey Writers

As previously mentioned , on Wednesday night the Canes will face the New York Islanders, who are winless thus far this season. Off ice, the duo of former-Hurricane and NHL-veteran Doug Weight and #1 draftpick Rookie John Tavares made an appearance this week to promote reading with local fourth-graders. Check out the video here.

Friday's opponent is the Colorado Avalanche who made it official yesterday that their #3 draft pick 18-year old Matt Duchene has earned a spot on the NHL roster and will not be returning to his junior team in the OHL.

Justin Williams was rewarded as 2nd star of the night by Puck Daddy and in the game for his tip-in on the GWG in the Kings' win over the Stars last night.

Laviolette waiting for ring,  Bruce Garrioch of the Ottawa Sun projects that former Hurricanes coach Peter Laviolette is at the top of the who-ya-gonna-call list when the GM's of struggling NHL teams decide to pull the trigger on a coaching change this fall. Among those teams mentioned: the Maple Leafs, the Islanders, and the Wild. Laviolette was interviewed this morning and Harwood posted the link here.

For those hockey wonks who like to analyze statistical subtleties to better understand the game and find answers, please take a look at SBNation Blog Behind the Net. For example: Frequently Asked Questions #5: Penalty +/-

An interesting and very funny travelog from Greg Wyshynski at Puck Daddy in Vegas: 21 observations about hockey, gambling, new media journalism and Blogs With Balls 2.0

From "New Hockey Media" to Old Time Hockey, check the newly released Hartford Whaler apparel line from Reebok (thanks also to Cory via Puck Daddy for the story). Not sure what this says about the Hurricanes. 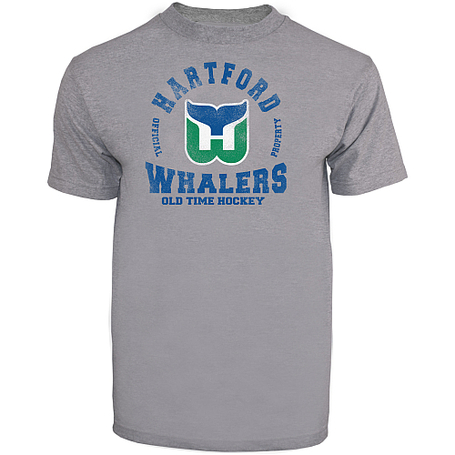 Last, take a gander at the hockeymom heart-warming video of the day. I spent a goodly portion of this past weekend at my sons' games, both played at the frigid Garner Ice House, and saw a bunch of boisterous young hockey players, just like these, crowded on the benches of a stinky locker room. Bouncing in full gear with excitement and pre-game nerves, they listened as their coaches explained how the game is played. From 1962, this video oozes nostalgia as the hockey-proud Canadians instill everything about their national obsession that they hold dear upon the hearts and minds of the next generation (and I'm thinking the kids in the video link are now about the age of own Jimmy Rutherford).