I found out today that while we (okay, maybe it's just me) have spent weeks navel-gazing and berating ourselves (how could I have said that 25th was Bottom?), our hockey team (they suck!), and each other, twenty-nine other professional hockey teams kept playing NHL games, almost every day of the week. Y'don't say?

Clicking around a bit today, I even found several pieces on the Hurricanes that aren't devoted to bashing us while we're down. Or I guess it was only a few. And most of them were written by local guys.

Explains a little better why practice was cancelled twice this week when there's a Hurricanes' jersey in 40% of last week's Top 10 Crunches.

And if you thought we of the Caniac Nation were desperate about languishing at the bottom of the Conference standings, this piece combines the theme of "getting physical" with fans needing an outlet for their frustration. Here's a story from the Anaheim Ducks (where the Canes play tomorrow night - stock up on the Red Bull for the 10 pm start). Did you know Scott Niedermayer's stick would ever be worth this reaction?

UPDATE: Corey Perry On a Roll, Ducks Are Not.  How do like this opener?

After nearly making it into the Western Conference finals last year, then re-signing Scott Niedermayer and obtaining Saku Koivu, the Ducks appeared poised for a sure-fire playoff spot.

Instead, Anaheim is struggling to find its footing, with a division-low 19 points, making the Ducks the West's counterpart to inexplicably slow-starting Carolina. The talent level is unquestioned, but the postseason is going to be a dream unless the Ducks get it going fast

Apparently, we have arrived at a point where the Hurricanes 09-10 season defines a "type", perhaps to be referred to for years to come among NHL journalists. Example: "These [Insert name of bottom-dwelling team with great success in previous season here] are like the 09-10 Hurricanes with their inexplicably lousy start out of the gate this year."

This came up in the Gamethread last night, but here's one story about the potential value of the shoot out specialist whom we all adore. And while you're thinking about the shoot out, Puck Daddy addresses a few ways it might be better (since it's not going away).

I haven't seen anything more on Tuomo Ruutu's status after leaving the ice in the third with the dreaded LBI (ice_chip didn't make this road trip; nor, from the quality of the photo below, did LTD), but the Canes just tweeted a practice photo from Anaheim.  Can anyone pick him out?

Are they staying at Disneyland? The way things have been going, now I'm worried about Manny disappearing if one of the 7 dwarfs doesn't show up for work tomorrow. 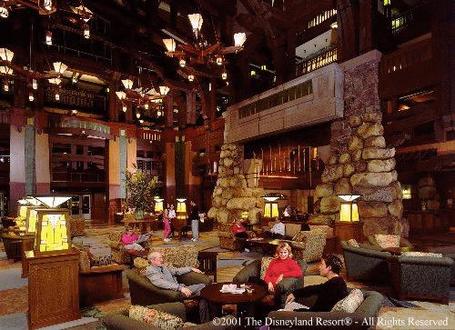 From this afternoon - Cam Ward talks on the WRAL 99.9 the Fan about his injury, his team, and Manny Legace. Great stuff. They also put up some photos and video of Cam with his Cams Champs group at the Canes Site. Good news: no crutches!

I'm looking for a link to Brandon Sutter's call-in to 99.9, also from today - if anyone finds it before I do - please post in the comments.

Also from today, John Forslund has some comments. ESPN Triangle (a new audio Vault for the ESPN radio network). Here's a late update where Forslund says he predicts Eric Staal will play Wednesday night. He can't figure out the lines now either.

From PuckDrops Podcast from Monday, Craig Custance from The Sporting News talks with Brian LeBlanc about his take on the SE Division and the Canes. BTW, he's not counting the Canes out of the playoffs. Funny stuff.

And of course, the weekly Hurricanes Report from Branecky and Hanlin always gives some insight straight from the Hurricanes' offices.

This is from late last week , but imagine the developing chemistry between NHL AHL veterans Jay Harrison, Tim Conboy and 20-year old Mike Murphy in the defensive end for the Rats this week. A glimpse into the other side of the revolving door  that leads to the Canes locker room. And with Cam on the LTIR, I believe he now can be sent to Albany for a conditioning stint. Not sure it would ever happen, but Wardo between the pipes might sell some of those $5 tickets to the Times Union Center.

Here's an intriguing in-depth feature on Bryan Rodney's less-than-linear path to the NHL. Check it out.

Some love for the Bob and the Blog

The Best Blogs, Team-by-Team from Puck The Media

BTW, if you ever wonder who you're blogging with here at Canes Country, the tiny little sitemeter logo at the bottom of the page makes for fascinating data mining.

Last, for all the Caniac Chica,

If you thought it was just in Hurricanes Hockey that demographics looked increasingly female of late (that woman pauloihinsa thing), apparently even in Mighty Vancouver (as in Canada) they've got a situation.  Ultimate Fighting Moves Hockey Out of Local Pubs. Does That Make Hockey Less Manly? | The Vancouver Observer