NHL and Versus Should Put Fans First - (Updated)

Share All sharing options for: NHL and Versus Should Put Fans First - (Updated) 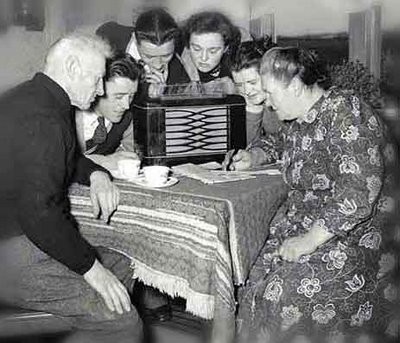 The National Hockey League and Versus have an agreement in place which allows the network full rights to any NHL game scheduled during prime time on Monday nights. (for non Canadian based teams only.) The problem with this agreement is that when there are multiple games scheduled during this time frame, only one can be televised.  When that happens, fans of the teams not being picked up are forced into listening to the game either online, or via the old fashioned way, on the radio.  Watching the game on television is usually an impossibility, even if you have paid extra for Center Ice.

This scenario has played out several times during the year and hockey fans have griped about the policy all season long.  Tonight, the agreement directly affects the Carolina Hurricanes, the Florida Panthers, and their fans.  Versus has decided to broadcast the Flyers/Devils game, which leaves the hotly contested game between two teams fighting for their playoff lives, out in the cold.

Here is a paragraph included in the Hurricanes game preview which was recently sent to the media concerning the broadcast of tonight's game:

Broadcast Notes: Due to the NHL’s agreement with national cable television rightsholder Versus, the Hurricanes-at-Panthers game on Monday cannot be televised by either club’s television rightsholder. Fans watching the network’s coverage of New Jersey-at-Philadelphia will be kept up-to-date on the Hurricanes-at-Panthers game by Versus’ Hockey Central crew.

Up until this weekend, the game could not be seen on television.  But, according to George Richards of On Frozen Blog,  the NHL has lifted the ban and the Panthers are scrambling to show something, at least on Center Ice.

The Panthers just told me that the NHL is lifting the NHL exclusive for Monday's game against the Carolina Hurricanes, although the only place to watch it will be on Center Ice. The team says since neither Fox Florida nor Fox Carolina is picking up the game (too late to do so), the broadcast will be the spartan in-house camera angles with Randy 'Ma! The Meatloaf!' Moller and Billy 'I Beat the Bruins' Lindsay doing the radio simulcast.

Sounds like a second rate operation, but let's face it, it's better than nothing.

But speaking of second rate operations, shouldn't  a league competing with other professional leagues try a little harder?   Why does Versus need the rights to multiple games scheduled at the same time?  This is not like baseball where there might be a rain out and a backup plan is needed.  Give Versus the first choice to select any game they want, and then allow the teams not selected to operate as usual.  Is that too difficult of a concept to grasp?

In the end it's the same old story.  The people getting hurt the most are the one's who have done nothing wrong, the fans.

We will be monitoring the situation closely and will update you with any breaking news about the broadcast for tonight.  For the moment, it looks like something will be available on Center Ice.

The Hurricanes are confirming that the game will be on Center Ice.  This is from their most recent press release:

RALEIGH, NC—The Carolina Hurricanes’ game tonight at the BankAtlantic Center in Sunrise, FL, against the Florida Panthers will be made available to fans via NHL Center Ice and NHL.com’s GameCenter packages. Center Ice and GameCenter will take the in-arena video feed from BankAtlantic Center coupled with the Panthers’ radio call so that fans can watch this pivotal game in each team’s drive for an Eastern Conference playoff spot. Tonight’s game is scheduled for a 7:30 p.m. face off.

NHL Center Ice subscribers with cable can view the game as Game 5 of tonight’s schedule, which is channel 735 for Time Warner Cable customers in the Triangle area. The game can also be found on Dish Network channel 629 and DirecTV channel 771.

The Hurricanes-at-Panthers game was not scheduled to be telecast by either club’s television rightsholder due to the broadcast window exclusivity rights of the NHL’s national cable rightsholder Versus. Versus will show tonight’s New Jersey-at-Philadelphia match up, as the top two Atlantic Division teams meet for the final time this season at 7 p.m.