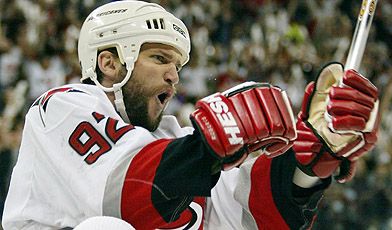 The Carolina Hurricanes recently announced a new "Beard-A-Thon" program where fans can grow their own playoff beards or pledge money toward others in the effort.   All proceeds will benefit the  Kids 'N Community Foundation.   The team set up this special webpage with all the information you need to get started.

Hockey playoff beards have been around since the 1980's when the New York Islanders reportedly started the trend.  Since then, many hockey players have carried on the tradition for good luck.   Everyone has their own ideas about the exact rules regarding all of this, including trimming, or whether to trim at all.  Doug Warf talks about that a bit here.

According to this Wikipedia article, playoff beards have transcended beyond hockey to other major sports.  In Major League Soccer, Houston Dynamo players grew "lucky beards" for the duration of the 2006 and 2007 MLS Cup Playoffs.   Offensive linemen for the New England Patriots grew beards and swore they would not shave until they lost a game during their undefeated run in 2007-08.  In 2008, several players on the Philadelphia Eagles grew beards during the playoffs, including Head Coach Andy Reid and owner Jeffrey Lurie.  Steelers quarterback, Ben Roethlisberger even grew one during this most recent run to the Super Bowl Championship.

Greg Wyshynski of Puck Daddy had an interesting article up about this exact subject last season.  Sometimes a player's looks will improve, sometimes not so much.

In case you are thinking of pledging money toward a player and are uncertain about which one to support, here are a few pictures from the 2006 playoff run to help you decide.  (photos from Hyena's Photo site) 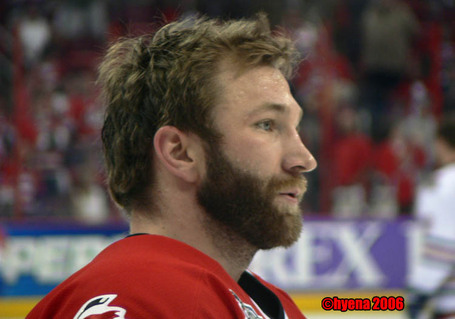 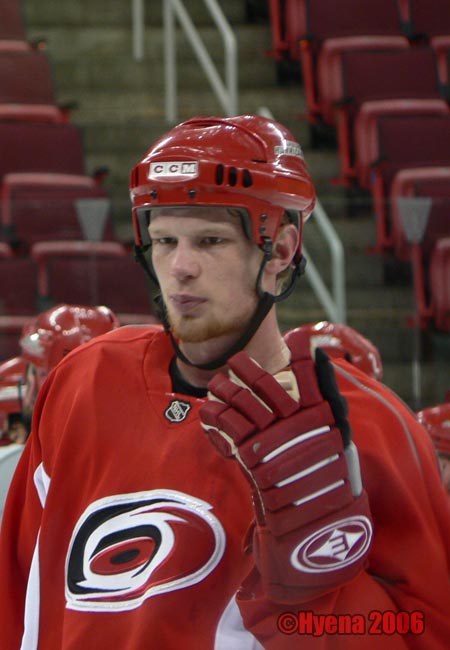 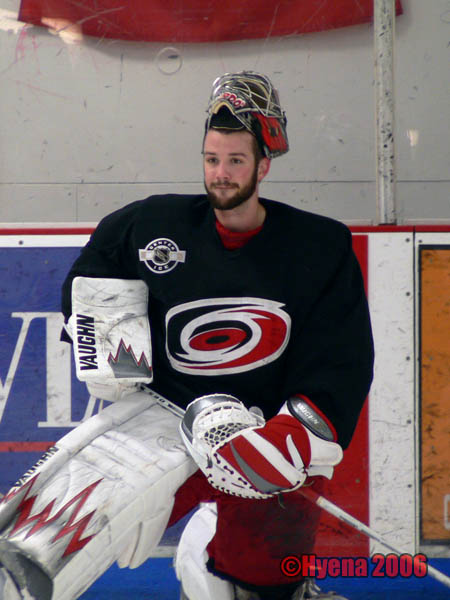 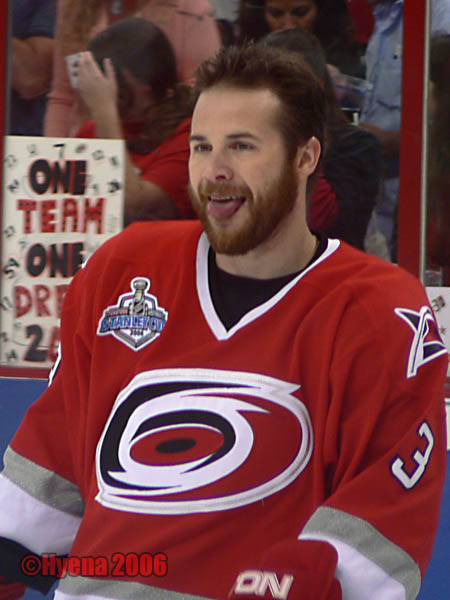 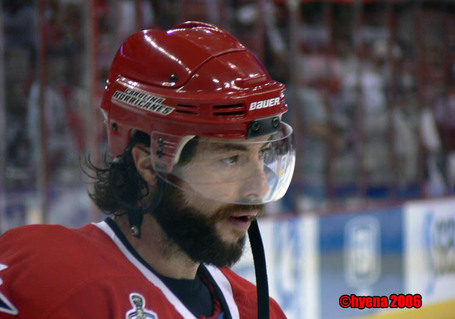 Just don't forget to shave when the playoffs are over, because this is what could happen. 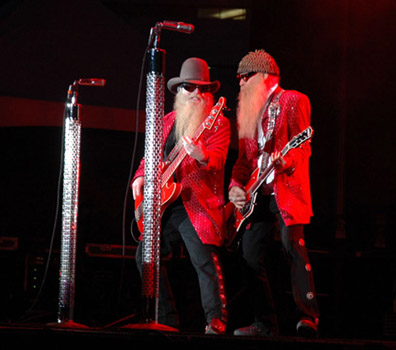