Mellon Arena is House of Horrors for Carolina

Share All sharing options for: Mellon Arena is House of Horrors for Carolina

Watching their favorite players being injured in Pittsburgh is nothing new for fans of the Carolina Hurricanes.  While all teams suffer from the ordinary injuries and bruises that come from participating in a rough and tumble sport,  the Canes have been the recipients of more than their fair share of devastating injuries while playing at "the Big Mellon". 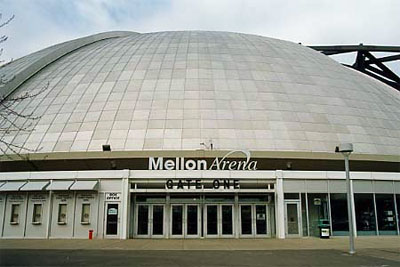 In March of 2006, Brooks Orpik hit Erik Cole head first into the boards.  Cole ended up with a broken neck, missed about three months of action, and arguably, will never be the same player.  Orpik was suspended for three games.

In October of 2006, Trevor Letowski was knocked out cold when Colby Armstrong took advantage of him cutting across the blueline with his head down.  Letowski was carried off the ice on a stretcher.  He was never the same player either and is now playing in Europe.

In October of 2007, Jarkko Ruutu gave Scott Walker a crosscheck into the pipes while both players were positioning away from the puck.  Walker ended up with strained rib cartilage and missed several weeks.

In May 2009, Tuomo Ruutu is injured as he becomes "entangled" with Mark Eaton.  Erik Cole is helped off the ice as his knee came into contact with Matt Cooke's.

Amazingly, not a single Penguin player was injured by a Carolina player during this entire time frame.  Not one.   For all the accidental and well meaning hits, they all ended up one-sided as far as injuries go.

So, what's the explanation?  Bad luck?  Evil karma?    Or has some witch doctor from Carnegie Mellon placed a spell on the Hurricanes, perhaps for signing away Ron Francis?   Maybe they have a Stormy doll and they are pricking it with pins and needles?

If the "witch PHD" is upset about "Ronnie Franchise" getting away, wait until they find out who ex-Steelers coach  Bill Cowher is cheering for back in Raleigh.

Hint-  It ain't for the "thugs" from Iron City. 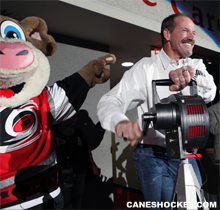