So Far So Good for Philippe Paradis and Canes

Share All sharing options for: So Far So Good for Philippe Paradis and Canes

If first impressions count for much, Philippe Paradis is pretty happy that he was drafted by the Carolina Hurricanes.  The team's first round draft pick in this year's entry draft attended last week's conditioning camp and absorbed information like a sponge.  After all, it's not everyday that you get tips and pointers from a Hall of Famer like Ron Francis. 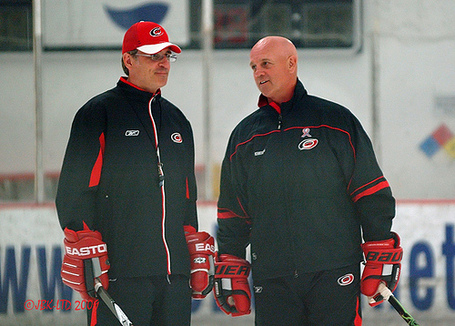 When I asked Paradis on Thursday about what his impression of Raleigh was and how camp was going so far, he replied with a huge grin.

Oh, it's been good.  Very busy, and the city is very nice.  It's been pretty hot outside.  I like it.  And I like the city.  The coaching has been very good. If you do something bad, they tell you some tricks.  It's been fun.  The organization is very good.  If Ron Francis looks at you and tells you something, then that is good because I can learn a lot.

Keep in mind that the native French-Canadian speaker is still learning English.  But the Canes were not necessarily interested in his linguistic abilities, they drafted him because of his combination of size and skill.  He displayed both during the on-ice sessions at the Rec Zone.  Not only does Paradis have the desired height, but he is not tall and slender like most others at that age.   He is already built like a prototype power forward.

On top of those physical attributes, the winger has some quick hands as well.  He  was able to move the goalies around with his puck handling on several occasions.  Maybe Carolina scouts were right and the various services who had Paradis rated lower were wrong?  Time will tell, and perhaps sooner rather than later. 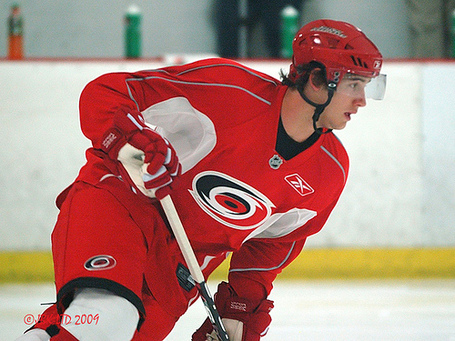