Enhance your fan experience with Hockeypets

Share All sharing options for: Enhance your fan experience with Hockeypets

So many great ideas have been floating around the SBN Virtual Corridors of Hockeyblogging presenting ways to enhance the fan experience lately. Many are focusing on in-the-arena suggestions, while others suggest improvements that make for better TV broadcasts. Here at Canes Country, Hockeymom has decided to respond to the question from my own family's point-of-view. In fact, here at my house, many of you know we have created our own small tribute to our favorite hockey team, about which I have even blogged from time to time. Like here. Or here. Or here. As you know, the fishtank has provided countless instances of "enhanced fan experiences" for the whole family.

Yes, Canes Country faithful, it's time for an update from the Hockeymom Hurricanes Fishtank.

I would like to introduce you to the newest members of the tank. Based on the survey of your preferences from August, with 72% in favor of this selection, meet our new McBain fish: 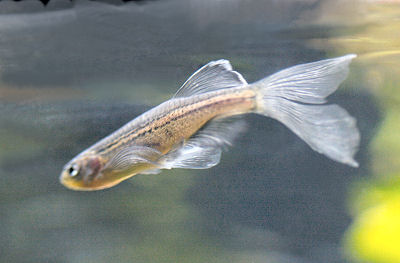 Jamie McBainfish is a Danio, the same overall breed as the original four D-fish from March 2009, which you will remember are Golden Danios, though at this writing, just two remain. Corvofish died in July, and Gleasonfish passed to the great tank in the sky literally the morning we opened the season in Helsinki.

On arrival, Bainerfish was your typical rookie, small and hesitant. But also among the first in line when the fish flakes start drifting down. He's grown tremendously and is steadily making a place for himself in the tank hierarchy. (For anyone wondering about rookiefish who aren't "typical", Skinnerfish was clearly in charge from Day One).

Our original Tim Gleasonfish  was buried in the backyard garden, next to Eric Staal 1.0, Peter Karmanos, and in a dual ceremony with Ray Whitneyfish, who'd been in the freezer since his passing in January. With the loss of the original Gleasonfish, we have acquired our new Emperor fish, this one with the "A," as in Alphafish. 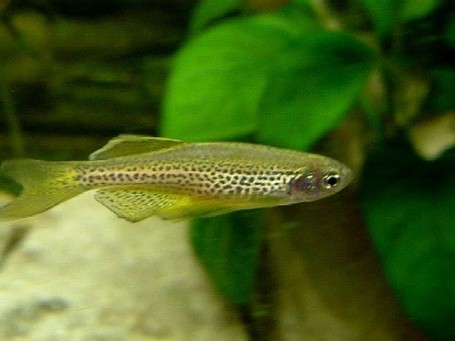 Gleasonfish A,  I must admit, is only slowly adjusting to the tank community. Smallish on arrival, his goal seemed simple: to gain enough weight (aka strength, confidence?) to contribute effectively. Let's just say the "Big Leopard" is finding his way from "meow" to "snarl".

When McBain fish came to live with us, we also added a John Forslund fish, and also a Jim Rutherfish. Both were suggested in the comments of the McBain fish post. Here's how they look: 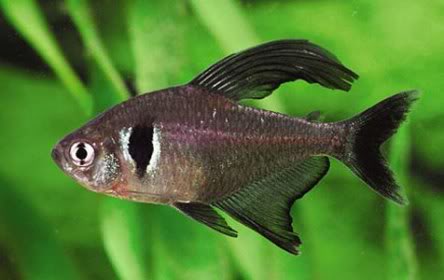 The resemblance of this tetra to JohnnySideburns replete with the moviestar pompadour made this a no brainer selection. For now, he seems to prefer the company of the last remaining Storm Squad girl, who is four years old and going strong.

Jim Rutherfish is a tireless algae eater, the tank hasn't been this clean in ages. Take a look at the fish in charge: 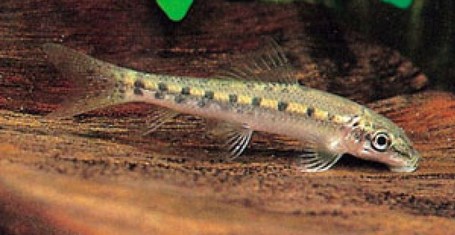 He's more than doubled in size over the last month, and like the HM tank algae eaters before him (Peter Karmanos Jr, and Peter Laviolette), Jimmy dominates the gravel and the glass with his presence. He misses nothing, leaving no stone unturned.

Finally, meet Zac Dalpefish, who is still small, though developing nicely. He seems to have a particular knack for schooling with Sutterfish, tracking him around the tank without missing a turn. I'm pretty excited about that development. His translucent coloring made him a perfect match for the fair boy for whom he's named. 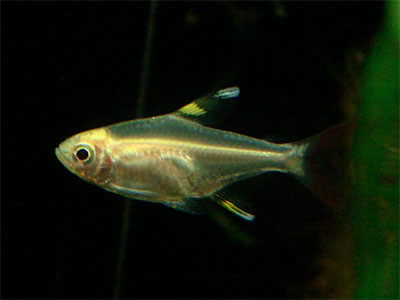 We are not alone

Lest some of you think the Hockeymom family is the only one to embrace conflating our pets with our hockey heroes, I'd like to share some images tweeted to me yesterday.

This little pup was at the Caniac March on Fayetteville Street last week. I asked her owner the little dog's name, (I was hoping, "Staalsy" or "Colesy") but learned she was "Sugar". But then, in an epiphany, the dog was quickly renamed on the spot. Henceforth, the little pooch shall be known as "Sugar Cane". They even put it in the newspaper. 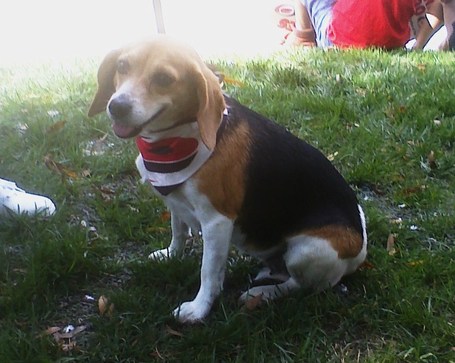 Here's a few more tweets I got::

From @C-Leaguer: had a dog I found during canes 02 run who I named Stanley. Best beagle ever!

From @canes6fan: I have a Quaker parrot named Gleason, LOL It's a green bird. Bigger than a cockatiel but not as big as a macaw. It's a small parrot and he is the enforcer in my house. He tries to attack my husband's police dog and my 3 yr old runs from him. :)

I asked for a photo. You'll recognize the Timmy death stare immediately: 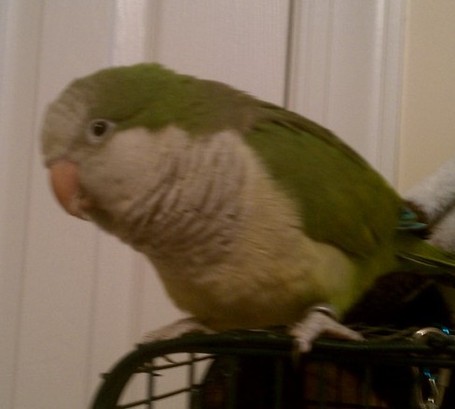 There were three who had dogs named Rosey. Plus one car. From @livtlife59, don't have a pet, but my car is named Rosey (When it's a red corvette I'd say it's a pet equivalent). Sweet. 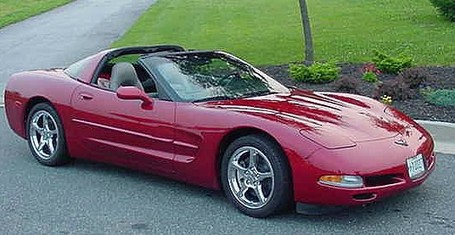 @leeniefrancis: We had a dog my kids named Jesse (after Boulerice). RIP Jesse (the dog).

@Tachibana828:  My mom has a beagle named Sammy...close enough? She started calling him that after the '06 finals. Funny part is...his true name is Samson ;)

@ hockeypuck30:  had a pit bull named Puck. I couldn't decide on just one hockey player ;)

We have the College Dormroom Goldfish, apparently long-lived, AKA "Baydafish" from @caniacgirl3016. 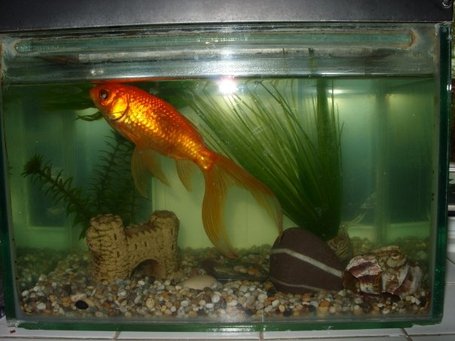 And, finally, you know this pair goes way back. Please meet brother and sister cats, Arturs and Zirbe, courtesy of Elsker. 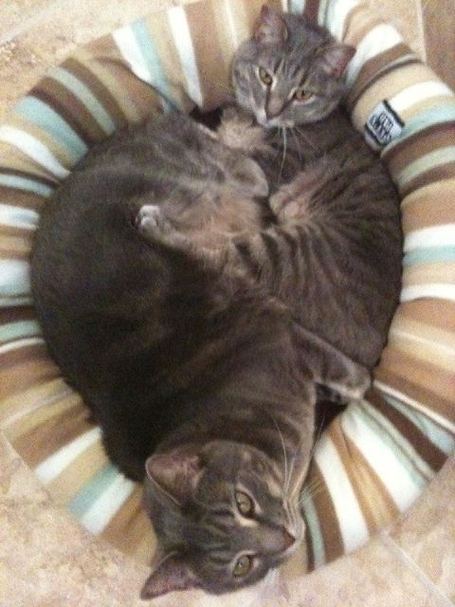 Between the big response I got and the pleasure you hear in the brief descriptions, there's a whole lot of fan fun to be gained when you adopt your hockey heroes as pet namesakes into your family. You really take ownership of the team, vicariously assuming responsibility for their well being. You're Trainer, Coach and GM all in one (not unlike being a hockeymom). It speaks to your commitment over the long haul, your lack of fairweathered-ness.

And occasionally, you may get to do what you've been wishing since he burst onto the scene here in the Caniac Nation the last few years with his irrepressible energy and silly antics. Maybe it's just me, but  sometimes, don't you really wish you could rub Rosey's beagle tummy till his leg really got going? If that doesn't enhance your fan experience, I don't know what will. 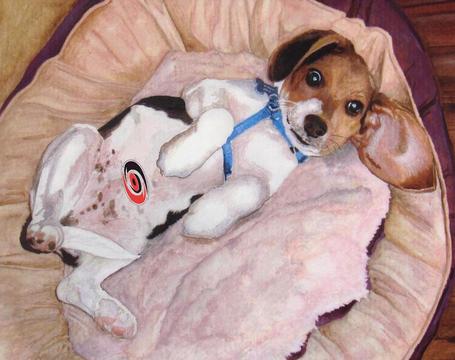