Share All sharing options for: Clicks and Clippings: Let the Games Begin! 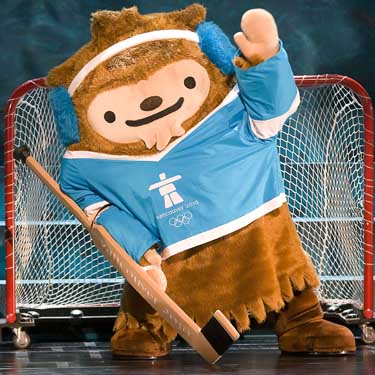 Only a few more hours till the puck drops in Vancouver for the first Men's Ice Hockey event of the 2010 Olympic Winter Games. Your Carolina Hurricanes' Tim Gleason will be wearing Team USA #4, as Ryan Miller leads the American squad against Team Switzerland.

Some links to get you properly prepared for the days ahead, plus a few looking at what's going on here in the States, while the Elite Athletes of the Universe (except, inexplicably, those named Jussi Jokinen) prepare to face-off in Vancouver, after the jump.

Links to the IIHF Rules and Regs for the 2010 Olympic Games:

IIHF 2010 OWG Mens' Tournament Playing Format Or: what is the point system that will determine who advances to where in the brackets after the preliminary rounds.

IIHF : Understanding how the brackets will be established,  after the preliminary rounds conclude Sunday night for "Week Two" of these Olympic games.

Focused stories on the players, coaches and managers:

Golden dreams drive Canes -NewsObserver.com Eric Staal was talking a few days ago about the Vancouver Olympics, about the pride and pressure of playing for Team Canada. Tim Gleason makes a cameo appearance as he eavesdrops on Chip's conversation with Staal (and he's grinning).

Canes Now - Gleason happy his Olympic plans changed plus the Canes tweeted this a few minutes ago:

nhl_canes  According to @helenenothelen of the LA Times, Tim Gleason was paired with Blues' defenseman Erik Johnson at Team USA's practice Monday.

Brian Burke: 'My team needs me to be strong' - NHL.com Team USA GM Brian Burke was in rare form. And then, he was in the form that few ever see. Few, that is, other than the sons and daughters he fiercely loves. And the USA coach, Ron Wilson spoke with Puck Daddy Sunday.

Capitals Insider - Alex Ovechkin's skates  Alex Ovechkin told reporters he had something cool in store for his Olympic footwear. "It's a secret. You will see..." 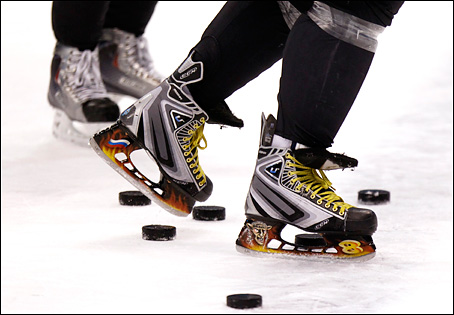 I've linked the official "Athletes pages" that NBC has put up for some familiar NHL'ers. (but be warned, the Tuomo Ruutu and Joni Pitkanen pages are underwhelming.) Here ya go:

To compensate for NBC's Finnish player gap, I found this Team Finland 2010 hockey video that is inspiring (at least the first minute), despite the language barrier:

Last, check out Team Finland's Olympic roster page, in English: Ice Hockey, men - Suomen Olympiakomitea. Ruutu, Pitkanen and their teammates' first game is tomorrow at 3pm, EST, vs Belarus. (not to miss this: Happy Birthday! to #15 who turns 27 today)

For those who find the Olympic Games to offer more rules than seem necessary, check out the challenges USA Goalie Ryan Miller is having with his customized mask: The Associated Press: Olympic rules or not, get ready for Miller Time IIHF spokesman Szymon Szemberg confirmed Miller and American goalie will be told to take some words off their helmets because they violate IOC rule No. 51 that bars advertising, demonstrations and propaganda. Quick has "Support Our Troops" adorned on his helmet.

More observations about the best-of-the-NHL netminders in Vancouver for their home nation's Olympic Teams: Can struggling NHL goalies hit the reset button in Olympics? - Puck Daddy

The Media covering the Games

NHL.com predicts the Olympic outcome - NHL.com Everyone has his own opinion about how the Olympic hockey tournament will shake out. NHL.com offers who will go home happy – and who won’t.

2010 Winter Olympics: 10 things you need to know about U.S. men's hockey team - ESPN Team USA has tremendous depth in net and a youthful lineup, but the Americans will still be nothing but underdogs in the 2010 Winter Olympics. Plus this video with an evaluation of Team USA.

I've found the two best on-site Twitter feeds for Oly Men's Ice Hockey coverage are Shawn Roarke from NHL.com and Yahoo! Sports' Greg Wyshysinski. If you have any others, please share in the comments.

Meanwhile, back at the rink....

The NHL at the break: Comparing attendance - The Globe and Mail Ten teams are down more than 900 fans per game from where they finished last season

NHL Network Online - Atlanta Thrashers: Thrashers In the Office The NHL is on break for the 2010 Winter Olympics.  Most players who aren't participating in the games are taking some time off...but not your Atlanta Thrashers.

A couple stories of local interest: 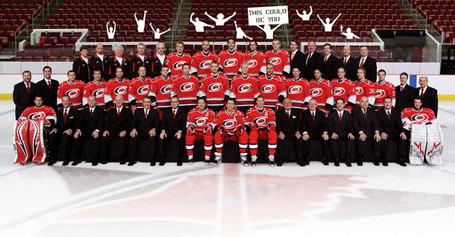 A conversation with ... the River Rats' Casey Borer  Times Union - Albany NY Q: You have been through a lot in the last year. After the bus crash, you suffered a broken neck and missed almost a whole year. Can you talk about what you have been through.

You are absolutely required to click over and see this highlight goal that would make any given NHL skill player slam the glass and pretend his stick is just too hot to touch: Team USA's Jocelyne Lamoureux from Sunday's 12-1 victory over China. You go girl!

See you this afternoon on the thread.