This has been a roller coaster season for Carolina Hurricanes captain Eric Staal.  He has gone from the depths of despair because of a family related tragedy, to the elation of winning the gold medal for his country in the Winter Olympics.

It's difficult to get much higher or lower than those two extremes but at least one thing has been as steady as a rock all season long for Staal and that has been his work with the kids of the community.

Staal is well known for his involvement with the youth group, the "Capital City Crew" and also pays for an all inclusive suite for underprivileged kids called, "Eric's Entourage."

I had the opportunity to speak with the All Star recently and asked him about his programs.

"For me, I just love to work with kids," he said. "To see them light up and see the smiles on their faces."

I asked Staal how he got started with the "Eric's Entourage" program.

"Erik Cole and I started up the program a couple of years ago.  We wanted to create an opportunity for kids who normally do not have an opportunity to attend a hockey game.  We shared a suite one year, then another year I did it with Justin Williams."

"This past year or so I continued to do it on my own and changed the nickname for it.  I get to meet some of the kids after the games and get to see the thrill on their faces.  For most of them, it's the first time they ever saw a hockey game.  It's great that they get to enjoy that experience."

On Saturday night, I visited the suite and witnessed the "thrill " Staal was speaking about, first hand.

The "Eric's Entourage" program targets non-profit organizations that work with children.  On this particular night, the "Blue Ribbon Mentor-Advocate" group attended.  They are a support program for students in the Chapel Hill - Carrboro city schools.  (For more information about them, check out their website, along with more information here.) 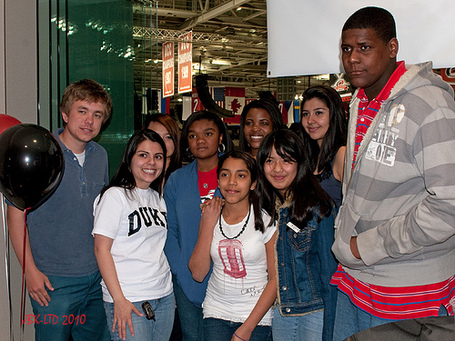 Some of the students attending were given tickets because they made the honor roll.  They ranged in age from middle school to high school. 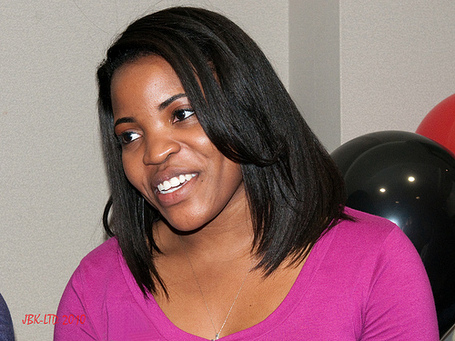 Above is Della Purefoy from East Chapel Hill High who is on the Honor Roll.  She is a senior who will be attending Florida A&M with a dual enrollment with Florida State next year. 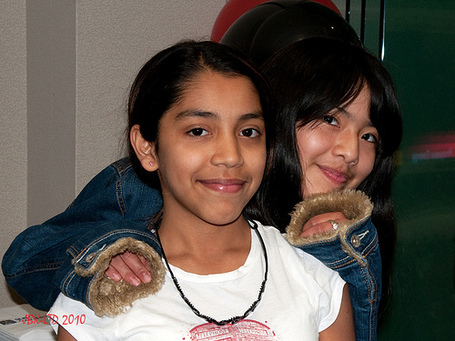 These two friends from Phillips Middle School in Chapel Hill were both having a great time. 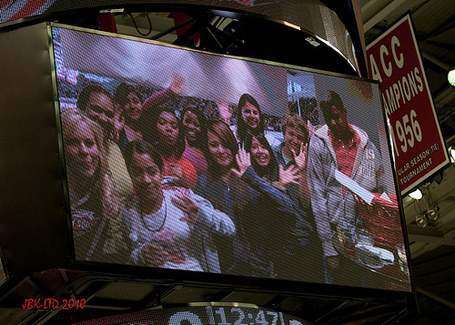 The group even got on the Jumbotron.

All of the smiling faces we spoke to were attending their very first hockey game, and loving the experience.

If nothing else, Staal is creating his own, personal fan club.  When the group was asked who their favorite player was, without hesitation the answer was a resounding "ERIC STAAL!!"

The Hurricanes have more information about "The Entourage" and how to qualify in this article at Carolina Hurricanes.com.

Staal also works with the "Capital City Crew", a group of kids belonging to various Boys and Girls Clubs located throughout Wake County.  Earlier this season, the All Star donated money to help purchase equipment for those who were interested in learning how to play hockey.  He spent some time with them on the RBC ice this past October. 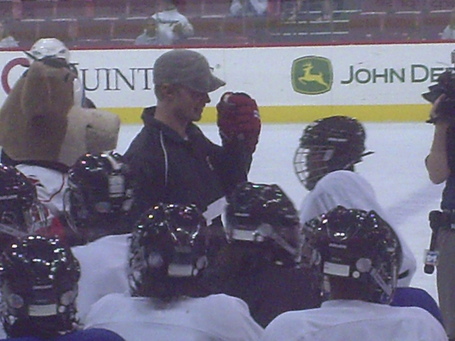 How fortunate is the community to have an NHL hockey team?  In addition to the individual things that the players do, the team's Kids 'N Community Foundation donated more than $500,000 to local charities this past season alone.  Since it's inception, the foundation has donated more than $7.5 million.

The Carolina Hurricanes will most likely finish well out of playoff contention this season but with generous players like Eric Staal and his teammates continuing to give back to the community, the Canes will never be considered losers to their fans.

(Thanks goes to Kristina Boyce of the Hurricanes who set up the suite visit and to Jamie Kellner for her great photography work.)