Los Angeles, CA.  Today the NHL provided an opportunity for the media to meet with some of the top rated prospects for this weekend's NHL Entry Draft.  I was fortunate enough to sit at a table with Mark Pysyk and his family and had the opportunity to get to know them a bit.  Have you ever wondered what it's like to be a family member of an 18 year old about to be drafted by an NHL team?

Pysyk is a smooth skating defenseman who has been ranked all over the map.  Some services have him in the top 10, some outside the top 30. While he interviewed with 24 different teams at the Combine, the Hurricanes were not one of them.  It would be a surprise if the Canes drafted him at this point.  I'll have more about Pysyk and his family in another article.

Several other top prospects were available for questions.  Just like fans, media, and everyone else, most of them have no idea where they might go in the draft and who might draft them.

After the jump are a few pictures and some of what they had to say: 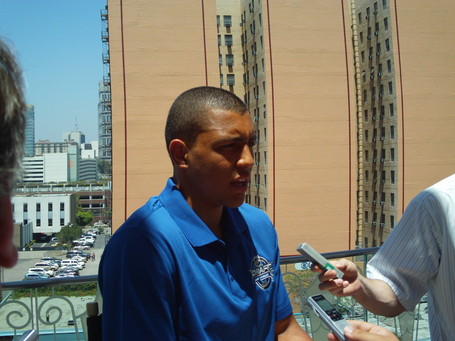 Local Los Angeles product Emerson Etem would love to be picked by any of the California teams.  Although if another team wants to add what he can bring to the table, he would be happy to be a part of that organization as well.

He does not seem to be on Carolina's radar. 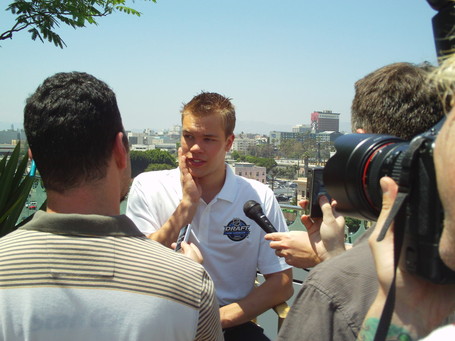 Of course Taylor Hall was the busiest of all the prospects who attended.  When asked by an Edmonton reporter, he said that living in Edmonton would not be a problem at all for him.  He's not really focused on being the number one pick, he'll be happy wherever he goes.

Obviously, the Hurricanes will not have the opportunity to draft him. 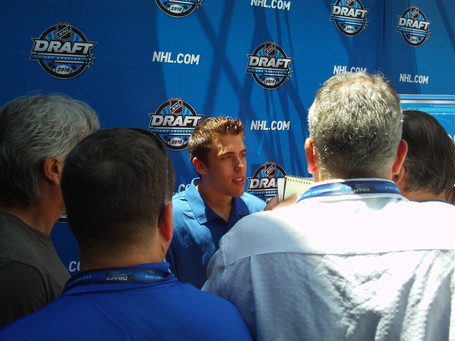 Brandon Gormley is one of the few players to meet with the Hurricanes since he arrived in Los Angeles.  If he is not selected by another team by time the Hurricanes come to number 7, he could be the one.  Gormley is a solid defender who also has good offensive numbers.  He has a hard, low shot from the point but is more noted for his playmaking abilities. 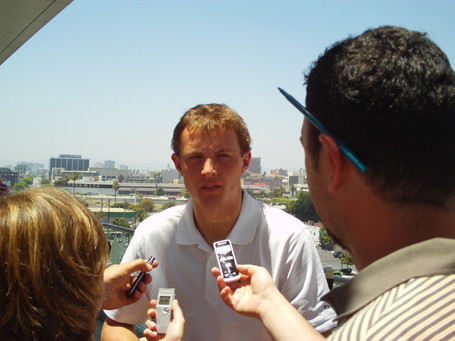 Cam Fowler is the top-rated offensive defender on the board, but feels he has a very good all around game.  He said he was not sure if Florida was going to draft him at number 3 or not, he does not have a feeling of where he might go tomorrow night. 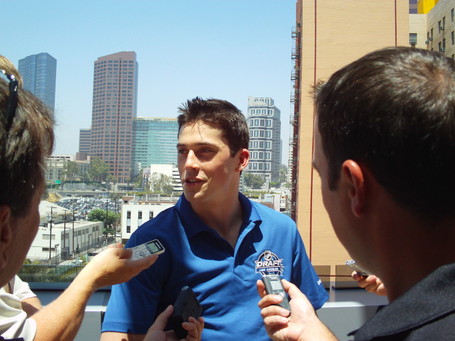 Erik Gudbranson was speaking in fluent French when I first approached.  A bit later, he told the press he was late for the lunch because he was meeting with the Florida Panthers.  Could this be the number 3 pick? 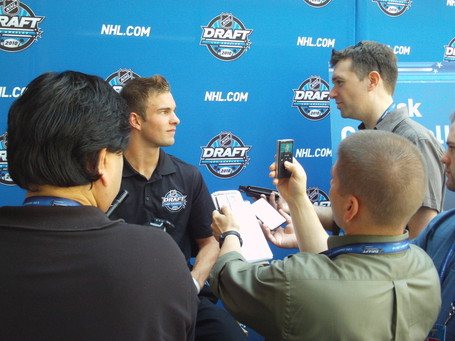 Jack Campbell, the top rated goalie in the draft, was interviewed by 26 teams.  The Carolina Hurricanes were not one of them.  He mentioned that he could not believe how quickly the time has gone by and how all of the hard work he has put in over the years will soon pay off for him. 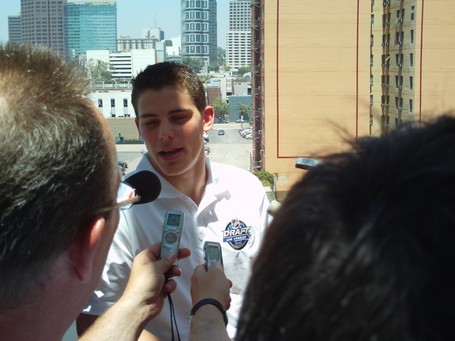 One Edmonton television crew had some fun with Tyler Seguin and asked him a number of trivia questions about Edmonton.  One of them?  Who is the mayor of Edmonton?  While Seguin did not know the answer, another reporter blurted out, "You will be if the Oilers draft you!" 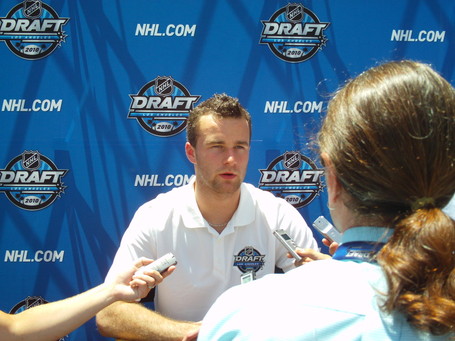 Brett Connolly, who missed several games this year because of an injury, said that he was feeling fine.  When asked if he came back from his injury too soon earlier this past season, he replied that he felt good when he made that decision, but was not 100%.  He also said that he was not rushed at all by anyone and felt he was ready to play, but in hindsight maybe it was too soon.

Connolly was not interviewed by the Hurricanes today.