Cards of the Week: Rod Brind'Amour and Zach Boychuk Rookies

Share All sharing options for: Cards of the Week: Rod Brind'Amour and Zach Boychuk Rookies

We were sent quite a few cards to share with readers, so this feature will now be published more than just one time per week.   I changed the name appropriately to "cards" of the week.

Next up are two cards sent in by "Kevin", one old and one new.  I like them because they kind of symbolize the changing of the guard with the Hurricanes.  The first Kevin says is an Upper Deck rookie card of Rod Brind`Amour.  The veteran was nice enough to sign this for him after a game. 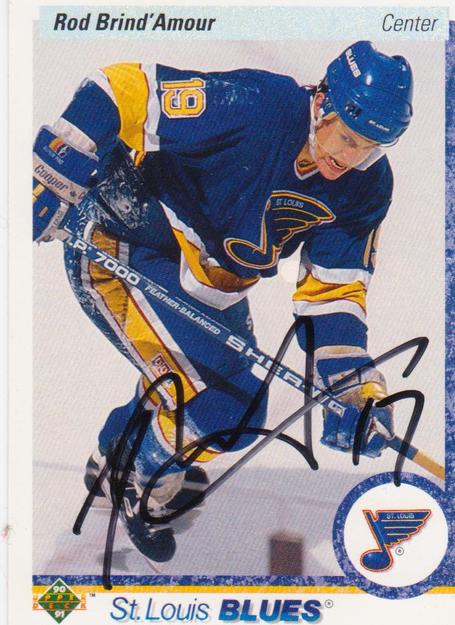 Check out the size of the face shield.

Here's the back of the card. 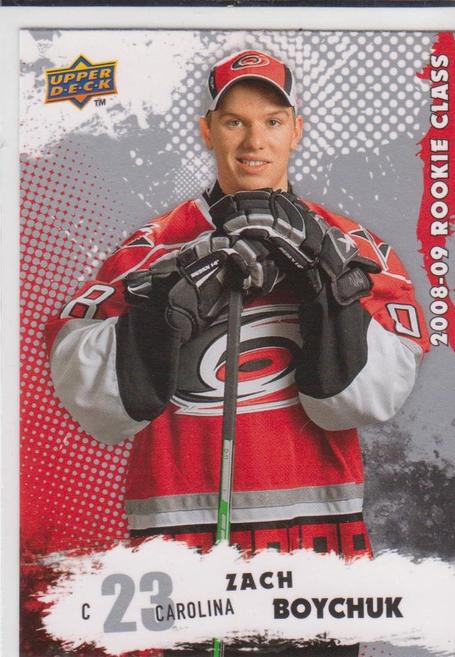 We have lots more cards coming up, including more of Boychuk as well as a few surprises.  If you have some you would like to share, send them to canescountry@gmail.com.  Thanks!