Cards of the Week: Action Cards and Signatures

Share All sharing options for: Cards of the Week: Action Cards and Signatures

This week we look at a few of the favorite cards from Jim's collection which include Eric Staal, Tuomo Ruutu, Brandon Sutter, Erik Cole, Rod Brind`Amour, and Ron Francis.  Jim likes "action" cards and has included some of those to share with us.

Right after the jump, check out Jim's cards along with his notes.

Here's a few of my favorite cards from my collection I thought I'd share: 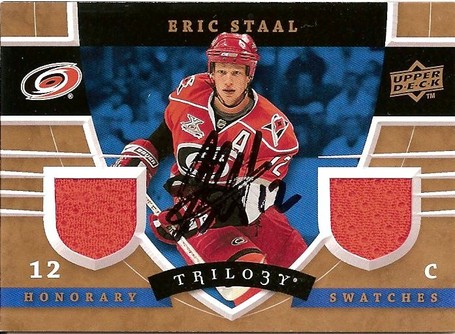 Staal Sign: A Jersey card, I had Eric sign it at the STH party in December. He paused to inspect it, and asked me where I got it. I told him I pulled it from a pack; he smirked, gave me a "Nice!" before signing it. 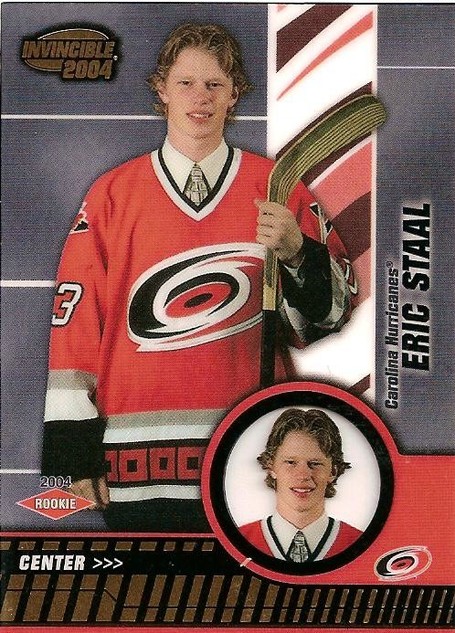 Staal Rookie: I love how he looks like a kid wearing his dad's clothes since the jersey is so big on him without the pads. I had to trade a Teemu Selanne jersey card to get this. 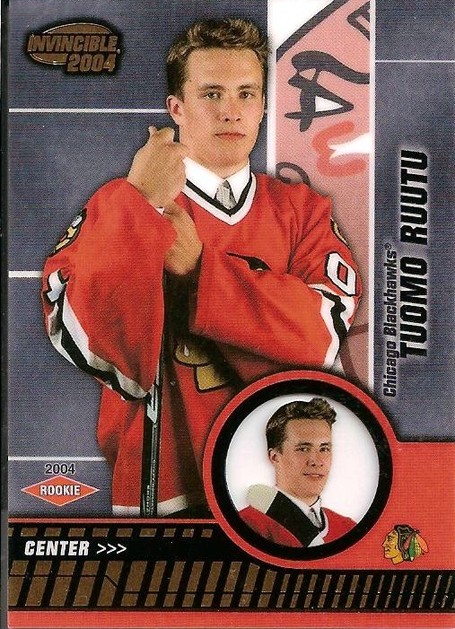 Ruutu Rookie: I like this series of cards with it's clear portrait window. Nice cocky smirk there, Ruutu. By the way, 1991 called; Vanilla Ice wants his hair back! 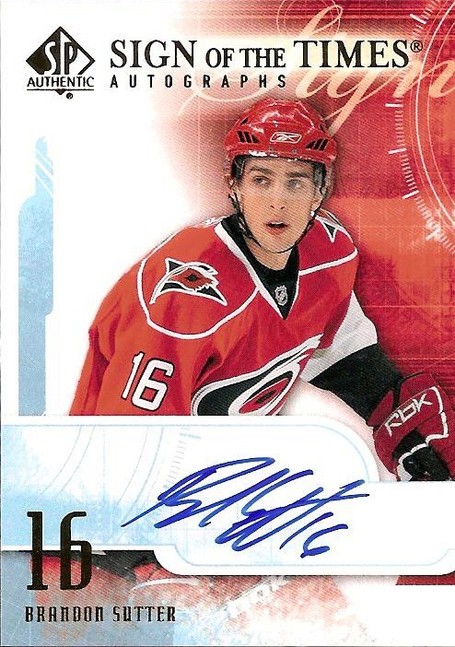 Sutter Sign: Hopefully this will be a big card someday! 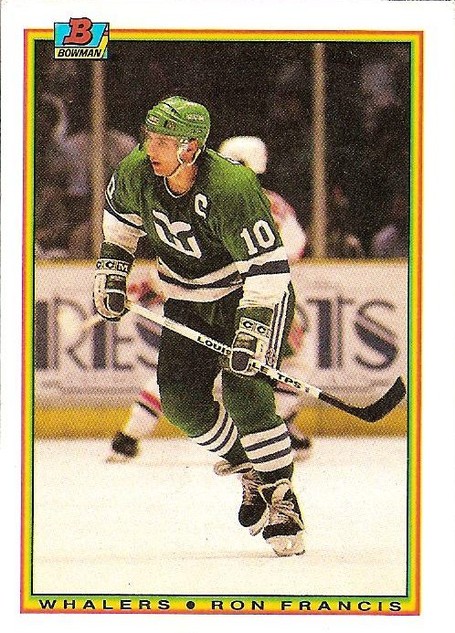 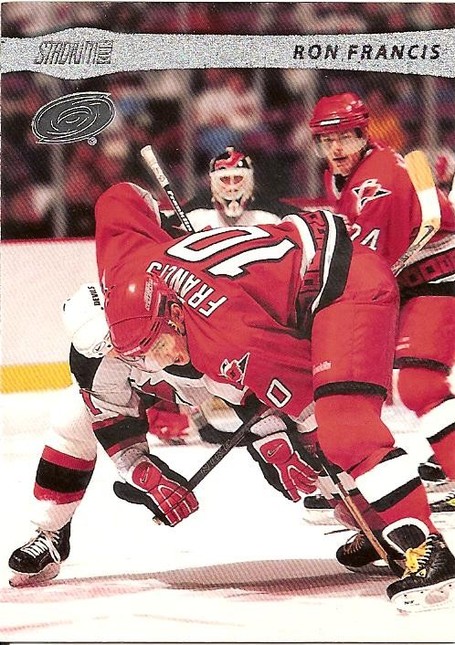 Ron F in action: I love action cards when the photographer catches a candid moment. Sure Ron Francis is about to hit the ice face first. But he's not going alone! And I'll bet a Dollar to a hot and now Krispy Kreme Doughnut that's Marty Brodeur looking on in the background (no stranger to doughnuts himself, I'm sure). 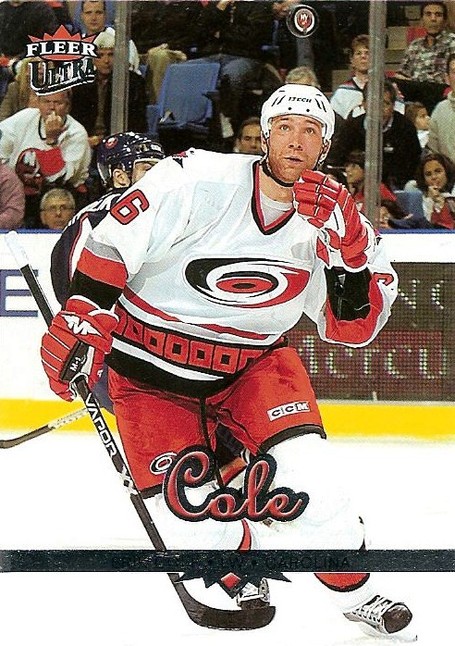 Cole Catch: There's a lot of Eric Cole cards out there, but this is the best that I've come across. His eyes are tracking the airborne puck with the opposing teams logo perfectly upright while skating forward past a bewildered opponent. Meanwhile the crowd in the background are obviously dejected from the thrashing the Canes are giving their team! GO CANES! 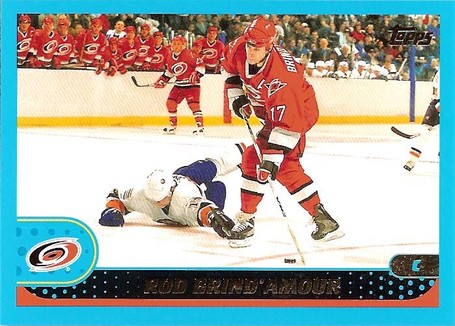 Brindi Action: Finally, the best card from the Brind'amour collection. With steely concentration and skill you can see Rod has maneuvered past his opposition leaving him looking like a fool on the ice: like a frozen buffaslug (it's his only defense)! Something VERY important is about to happen, as not only are the crowd, but the entire Canes bench on their feet! Can the assistant captain pull off the shot?!?!?!

Thank you Jim for sharing!  That is very cool seeing that the whole bench is standing in the Brind'Amour card.