The Carolina Hurricanes signed goalie prospect Justin Pogge to a one-year, two-way contract on Thursday.   Pogge was obtained from the Anaheim Ducks in the Aaron Ward trade at the deadline last season.

Pogge was originally Toronto's third round draft pick back in 2004.  He is expected to split time with Mike Murphy in Charlotte next season.

More info from the presser after the jump.

Acquired by the Hurricanes on March 3, 2010, along with a fourth-round draft pick in exchange for Aaron Ward, Pogge played in seven NHL games with the Toronto Maple Leafs in 2008-09, and has a career NHL record of 1-4-1 with a 4.35 goals-against average. Pogge (6’3", 200 lbs.) played his junior hockey in the Western Hockey League (WHL), where he was the WHL Player of the Year and the Canadian Major Junior Goaltender of the Year in 2006, after posting a 38-10-6 record with a 1.72 goals-against average and 11 shutouts for the Calgary Hitmen. The Ft. McMurray, Alb., native was Toronto’s first choice, 90th overall, in the third round of the 2004 NHL Entry Draft. Pogge’s career statistics are attached to this release. 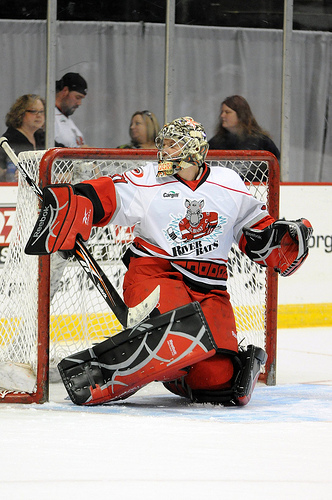 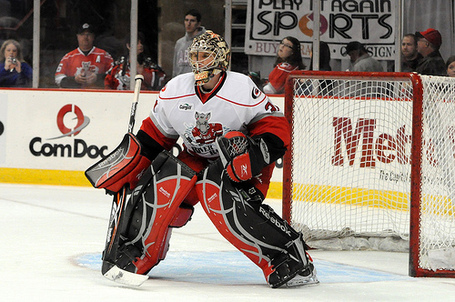 (thank you to Sandpiper for use of her photos)