Notes at Noon: Tuomo Ruutu as Good as Gold

Share All sharing options for: Notes at Noon: Tuomo Ruutu as Good as Gold

Carolina Hurricanes forward Tuomo Ruutu certainly had a good weekend as Team Finland defeated Team Sweden, 6-1 in the Gold Medal game of the IIHF tournament on Sunday.  Ruutu had a total of six goals which tied him for third best in the tournament.

Here are a couple of related links you might find of interest.

Finland downs Sweden 6-1 to win 2nd world hockey title, Czechs take bronze - 570News
"Maybe the best period of the tournament," forward Tuomo Ruutu said. "That's how it's supposed to be. That's what you gotta do if you wanna win the gold medal." It was the second world title for the Finns. They also beat Sweden in the 1995 final. "After a couple games, I saw we had a great chance to win," said Ruutu, who plays for the Carolina Hurricanes. "This is the biggest thing (in my career). It feels really good."

Finland Crushes Sweden For Gold  National Post - BRATISLAVA, Slovakia — The Finns waited 16 years, then needed only 20 shocking minutes of hockey to strike gold for the second time in their history. 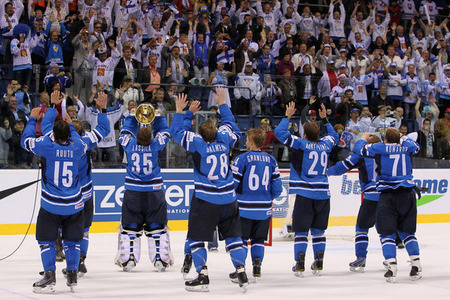 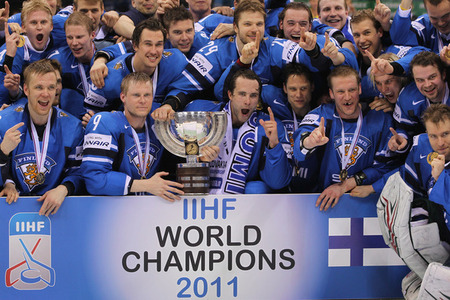 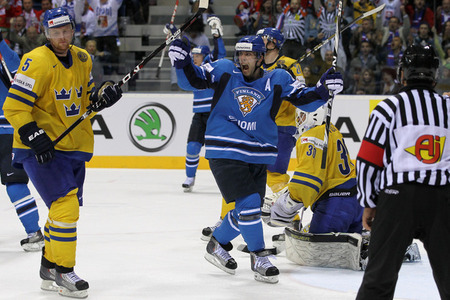 The Tampa Bay Lightning picked up where they left off in their previous series against the Caps and dominated the Bruins in game one of the Eastern Conference Finals.   I look for them to take Boston in six games.  I"ll also take the Canucks in seven against the Sharks.

The remarkable Bolts have a 16-3-1 record in their last 20 games and have now won eight straight in the playoffs.   Perhaps the Canes didn't realize what a buzz saw they were running into for their "must win" season finale?

How did my picks do in the quarters?  I had the Flyers, Red Wings, Canucks and the Caps (in seven).  That's why I don't bet on hockey.

The Hurricanes will hold a public Memorial Service for Donnie MacMillian on May 24 at 7 p.m at the RBC.  His funeral will be on Wednesday, May 18 at West Haven, Connecticut.  The team's press release follows:

MEMORIAL SERVICE FOR MACMILLIAN TO BE HELD MAY 24

RBC Center Building Superintendent passed away on May 13

MacMillian passed away on May 13 at the age of 52, and had been with the Hurricanes organization since 1993. The service will be held at the RBC Center and is open to the public. Guests should park in the VIP or West lots, and enter through the VIP Entrance on the South side of the arena.