Share All sharing options for: Time For Carolina Alumni Game: Hurricanes Versus Whalers

There are several successful alumni games for charity around the league.  It's time to seriously consider having one right here in Carolina.

The Hurricanes have been in town for over 10 years, have won a Stanley Cup, and are building a nice foundation of history here on Tobacco Road.  But not only do the Canes have the relatively short history of Carolina to draw from, they also have the history of the Whalers to consider as well.

In an alumni game such as this, why not combine the best of both worlds and make this a unique event?  Have former Hurricanes play against former Whalers.

Of course there will be some crossover as several players have played for both teams, but as the rosters are constructed, reasonable decisions can be made where to place these players.  I took a stab at this myself and provided a brief explanation for my choices.

Sami Kapanen (All Star as Hurricane, once was fastest skater in NHL)

Kevyn Adams (had career year when it counted in 2006)

Keith Primeau (time to bury the hatchet and welcome former Captain back to Carolina?)

Jeff Daniels (many faithful years with the organization)

A- Glen Wesley (jersey is hanging from rafters)

Sean Hill (had best years of career while in Carolina, important role in 2002)

Kevin Weekes (without him, the Canes don't advance past the Devils in 2002 playoffs)

A - Kevin Dineen (one of the franchise's all time best)

Blaine Stoughton (7th most points in franchise history, tied for 3rd with most hat tricks)

Brendan Shanahan (again, time to bury the hatchet with a one time unpopular player?)

Mike Rogers (most points in a season for franchise, twice)

Tom Webster (leader back in the WHA days)

A - Rick Ley  (his number 2 was retired before Wesley's)

Zarley Zalapski (most goals for defenseman in single season)

Dave Babych (most points for defenseman in single season)

Mike Liut (most shutouts and wins for Hartford)

Most of the players listed above were very popular with the fans and that is an important factor because you want the fans to come out and cheer for their favorites. (Not everyone is 100% retired, but all are currently out of the NHL.)

A couple of the players were not very popular at times, like Keith Primeau and Brendan Shanahan.  But as former team captains, they should be invited.

Where did I go wrong with the rosters?  Let me know in the comments.

For those thinking that a game like this might not draw enough interest to make it worthwhile, think again.  A charity hockey game at the RBC back in 2008 drew an estimated 6,000 fans just to watch local policemen line up against the firemen.  To have the opportunity to see so many stars under one roof at the same time would be too much for most hockey fans in the area to pass up.

This seems like a win/win proposition.  The players would enjoy it, (plus have a chance to mix in some golf), fans would have the chance to see some favorites again, and the charity, (perhaps the Hurricanes Kids 'N Community Foundation), would benefit greatly.

(some photos from the Police versus Firemen event) 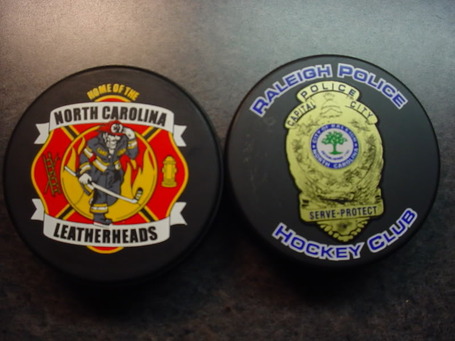 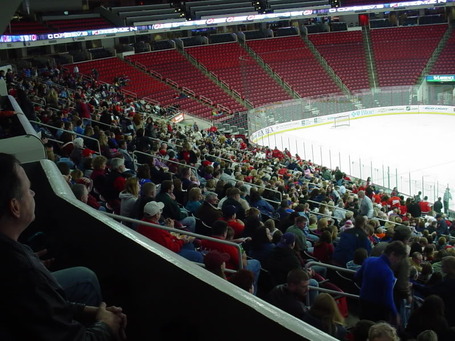 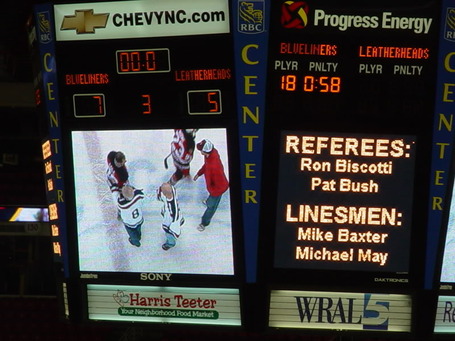