Twelve Carolina Hurricanes players sported a new look at Raleigh Center Ice today when they took the ice in NHLPA jerseys. The jerseys are black or white with an opposite color NHLPA logo and feature a #ThePlayers twitter hashtag on front and back.

According to a tweet from forward Anthony Stewart, the jerseys arrived today.

At this time, the players have ice time reserved at Raleigh Center Ice at 10:30 am on Mondays, Wednesdays, and Fridays, and plan to continue their practices, depending on circumstances surrounding ongoing CBA negotiations.

Training camp was originally scheduled to start today but all preseason activities through September 30 were cancelled by the NHL on Wednesday.

Chip Alexander of the News and Observer has a few comments from the players in his story on the Canes Now blog.

I have a few photos posted after the jump and more in an album on flickr. 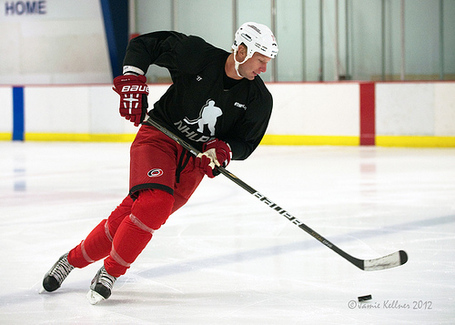 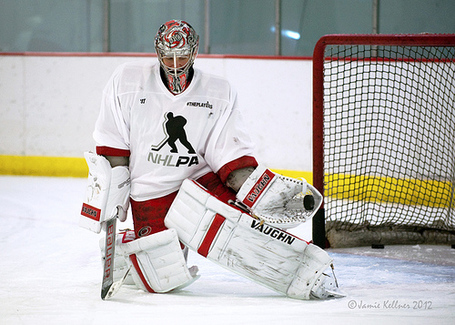 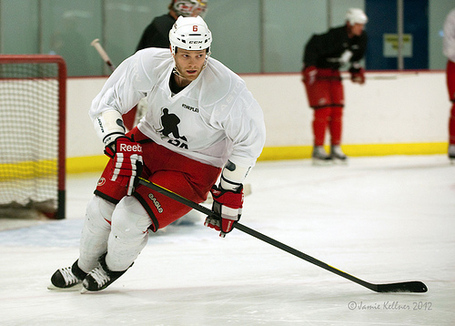 Eric Staal showing the #ThePlayers hashtag on the back of the NHLPA jersey. 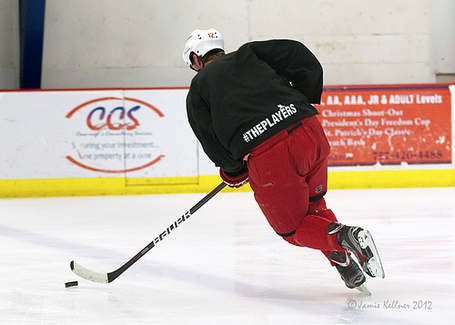