For sixteen Carolina Hurricanes players, time to get back on the ice with the team.

The start of the 2012-13 NHL season may be up in the air, but for sixteen Carolina Hurricanes players, today's purpose was without question: time to get back on the ice with the team. 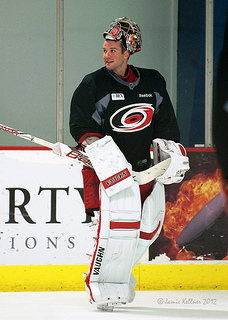 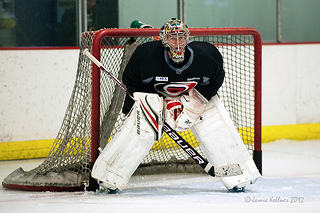 Local fans affectionately call the informal skates "Camp Brind'Amour" in honor of the former captain who ran the practices for several years, but today Chad LaRose and Jay Harrison called the shots. The skate was brief but intense and lasted a little under an hour. It was mainly an opportunity to get back into the swing of practice with a few skating and passing drills broken up with conditioning sprints. 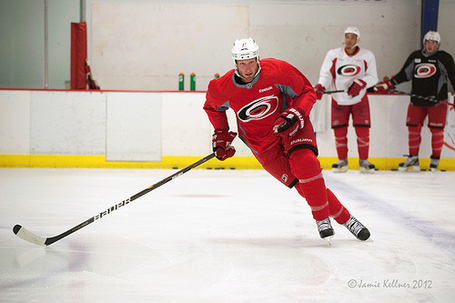 (All decked out in red - newest Hurricane Jordan Staal) 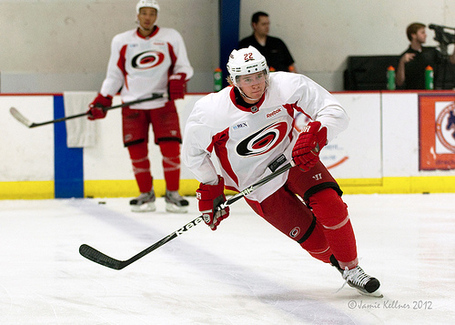 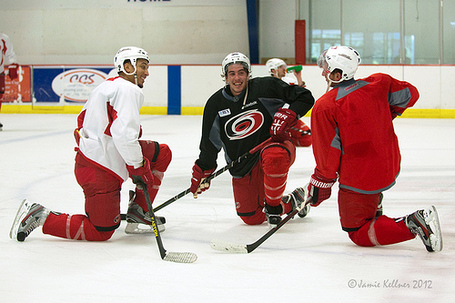 (a welcome rest, and a couple of laughs, between Anthony Stewart, Justin Faulk, and Jiri Tlusty)

Both articles include quotes from the players.

The informal practices will continue at Raleigh Center Ice at 10:30 am daily until training camp starts. Practices are open to the public.