Share All sharing options for: Photos: Hurricanes vs. Sabres 01-24-13

Here are a few photos from last night's Hurricanes win against the Sabres at PNC Arena. I have shots from warmups and also a few from the game, including Skinner getting ready to unleash the backhand for his first goal of the night, Faulk short-handed, a couple of goal celebrations, and the three stars.

I think Stormy got a new flag for Christmas, that thing is enormous! 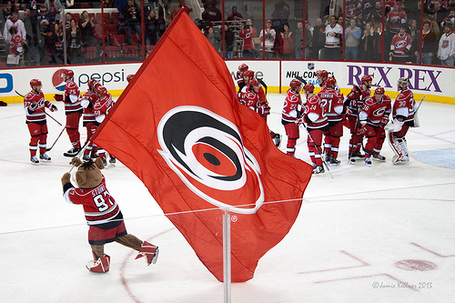