What should the Carolina Hurricanes’ plan be for Viktor Stalberg?

An under-the-radar signing on the first day of free agency last summer, the Canes will face a decision on their big Swede early next year.

Share All sharing options for: What should the Carolina Hurricanes’ plan be for Viktor Stalberg?

The Carolina Hurricanes got a bargain when they signed winger Viktor Stalberg on July 1 of last summer. A sixth round draft pick of the Toronto Maple Leafs in 2006, Stalberg has fit in nicely with the Canes after bouncing around earlier in his career — so much so that the Canes will soon face a decision on what to do with Stalberg, who will be a free agent again at the end of this season.

While he has not lit up the score sheet, Stalberg is in the role he belongs. In a bottom-six position, he is not relied on to be a major offensive contributor. With seven goals and two assists in 28 games played, Stalberg could finish the season around the 30 point mark. Although it is a small sample size, he is currently shooting at 15.9%, the best of his career. For an offensively starved Hurricanes squad, a 30-point producer in the bottom six is invaluable.

Defensively, Stalberg has been great. He currently leads the team in hits with 52. He uses his big 6’3” frame to knock opponents off the puck and is not afraid to battle for the puck in the corners or stand in front of the net. He has a positive takeaway to giveaway ratio at 17 to 13.

It seems like a no-brainer to re-sign Stalberg but there are a few factors that come in to play. First is price. Stalberg currently has a $1.5 million cap hit for the 2016-17 season. If the Hurricanes were to re-sign him, they should look to sign him around that cap hit and no higher than $2 million. Any more than that for a bottom-six forward is pushing the bounds of good financial stewardship.

Second is age. Stalberg will turn 31 on January 17th. The Hurricanes are a very young team and may look to go in a different direction, especially given the development of players like Brock McGinn and Derek Ryan this season.

The last factor is the play of prospects Julien Gauthier, Nicolas Roy and Warren Foegele. Any of the three could make the 2017-18 roster and would be a cheaper option for management. While none save perhaps Foegele project long-term as bottom-six material, their presence around the team could benefit from having Stalberg’s veteran experience around.

An additional complicating factor is the expansion draft. In our latest projection, Stalberg is exposed to selection by the Vegas Golden Knights, but doing so would require him to be under contract to the Hurricanes by late June. Signing Stalberg would necessarily mean taking a chance on losing him to Vegas. 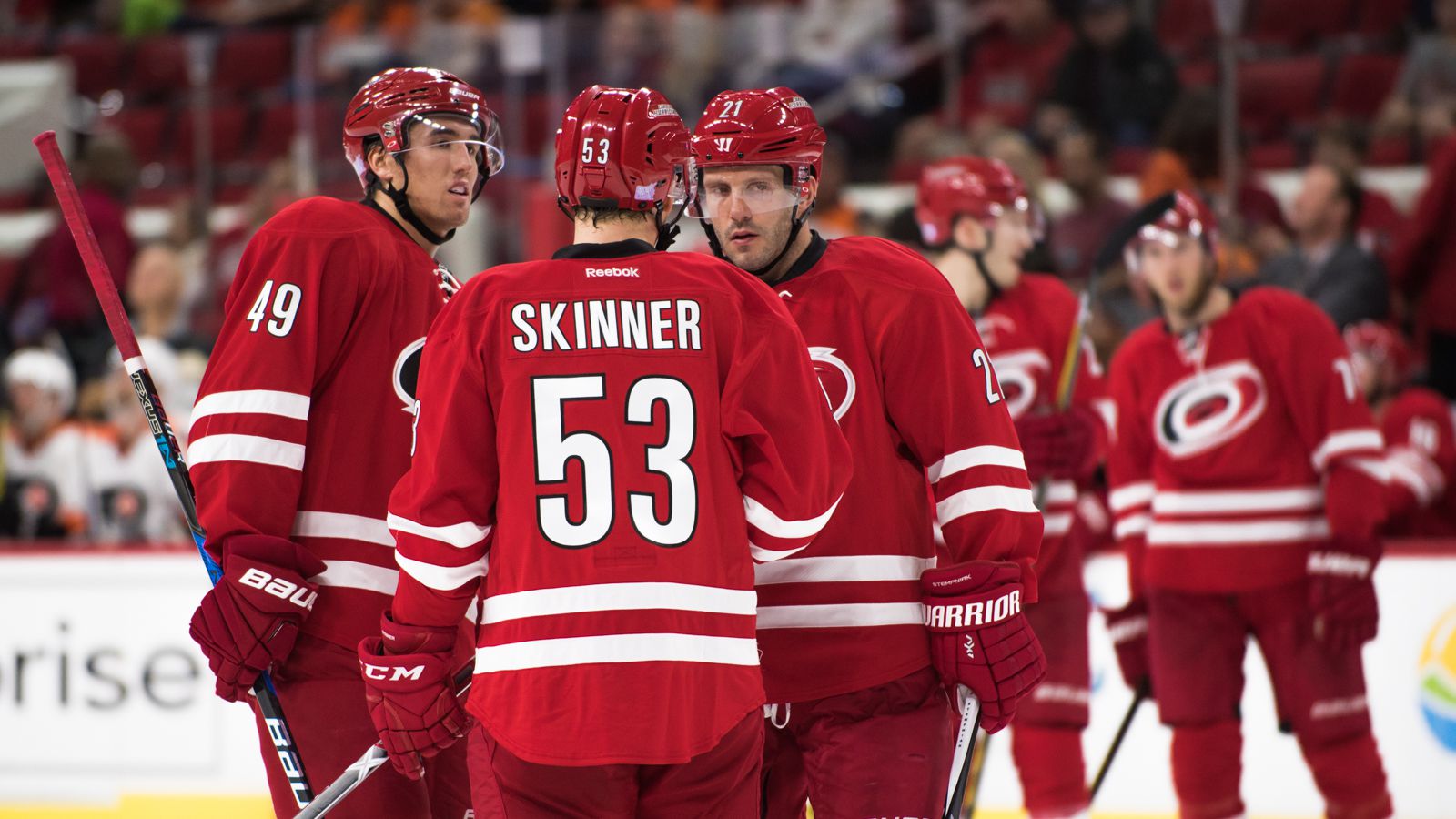 Who to protect, and who to expose? A closer look at the Canes’ roster situation six months out from the expansion draft.

If the team decides that they will be sellers at the trade deadline, they could also move Stalberg for a draft pick, then again leading to down-the-line adjustments with regard to the expansion draft. The way Stalberg has played this year, it is likely that some playoff-bound team would be interested in picking him up should the Canes put him on the market.

You make the call: what should the Hurricanes do with Viktor Stalberg?