Hurricanes center Jordan Staal skated on his own on Monday, and according to Cory Lavalette of the North State Journal, it did not go particularly well. Staal has been sidelined with a concussion suffered in last Sunday’s game against Florida.

Head coach Bill Peters later confirmed that it was increasingly unlikely that Staal would make the trip out to the west coast as the Hurricanes prepare for three contests against the Ducks, Kings, and Sharks in four nights.

Staal skated yesterday and it didn't go well, so looks like he's out for the West Coast trip.

This doesn’t bode well for the Hurricanes, as all three of those teams are big and strong down the middle. The ‘Canes will be staring down Ryan Getzlaf, Ryan Kesler, Anze Kopitar, Jeff Carter, Joe Thornton, and Logan Couture without their best defensive and play-driving center.

It will be up to Teuvo Teravainen to step up and continue to be solid in the second-line pivot spot, as Peters also confirmed that the possible return of Elias Lindholm would not displace Teravainen from that spot.

I wrote on Friday about how the Hurricanes would miss Staal’s dominance in the territorial aspects of the game, and now it seems as though they’ll have to make due without their alternate captain even longer. 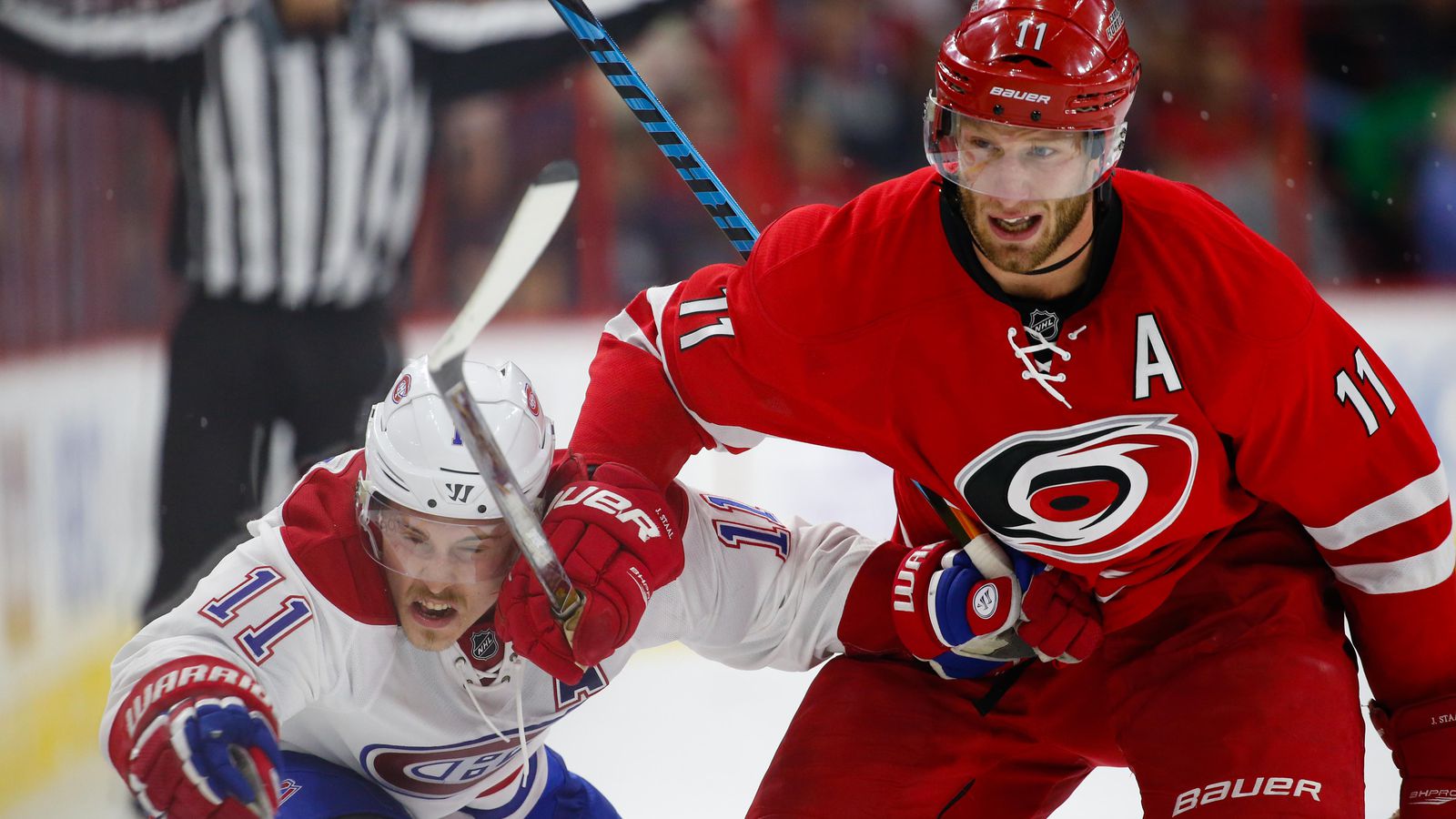 The concussion holding Jordan Staal out of play may be more disastrous for the Hurricanes than you realize.

Defenseman Matt Tennyson is also dealing with a lower-body concern that could, but probably won’t, hold him out of tomorrow night’s game against Anaheim. If he misses the contest, it would be either the recently-recalled Ryan Murphy or Klas Dahlbeck who would need to step into Tennyson’s third-pairing spot alongside Noah Hanifin.