Eric Staal Trade: The Hurricanes' Identity Leaves With The Captain

It was Eric Staal's time to go. But that doesn't make his departure any easier to take.

Share All sharing options for: Eric Staal Trade: The Hurricanes' Identity Leaves With The Captain

The Carolina Hurricanes lost their identity on Sunday.

I don't mean that as a pejorative, either, despite what it sounds like. It's simply the truth of what a Hurricanes team minus Eric Staal now is.

Save for two brief months in 2006, college sports are this region's identifying feature to the rest of the country. Always have been, always will be. It's a different mindset to cheer for a professional sports team.

College sports are the ultimate example of "cheering for the name on the front." By design, the athletes who wear those names are transient. Sure, you'll get to know them for two, three, maybe (if you're lucky) four years at a time, but then they're off to greener pastures, earning a paycheck, coming back to the area every so often to make appearances but ceding the spotlight, by and large, to their successors now donning the jersey they once wore.

In college, it's the coaches who become synonymous with their programs. Mike Krzyzewski. Dean Smith. Jim Valvano. David Cutcliffe. Everett Case, once upon a time. Jerry Moore. Roy Williams. 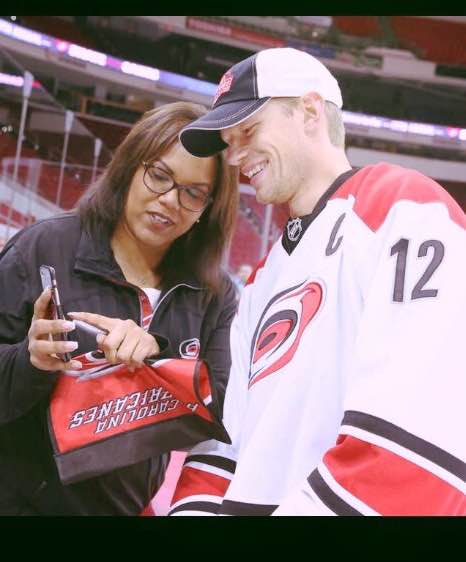 Pro sports aren't like that. Pro sports give us transient coaches and players who become institutions.

Pro sports give us Eric Staal.

There's a picture on the fifth floor of PNC Arena of the aftermath of that famous goal in Game 2 of the 2006 Eastern Conference semifinal, the one that Staal put in with three seconds remaining in the game to send it to overtime, Niclas Wallin winning it a few minutes later. Chip Alexander tweeted a picture of it before Sunday's game against the Blues. 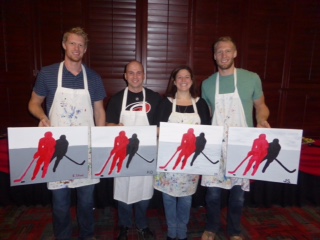 Look at the youth in that face. I spoke to Staal one-on-one for the last time a few weeks ago, preparing for the Stanley Cup reunion weekend, and I was struck by the mileage in his face ten years on. It's different now. More lines, more age, perhaps less boundless optimism for the future. In 2006, it was a blank slate. In 2016, the slate doesn't have a whole lot of blank space left.

Kids who were just lacing up skates for the first time when Staal joined the team in 2003 are now in high school. The population of the city of Raleigh has increased nearly 37%. Staal himself, an 18-year-old bachelor who had never lived outside the province of Ontario when he was drafted, now has a wife, three kids, and a home he intends to keep in Raleigh. 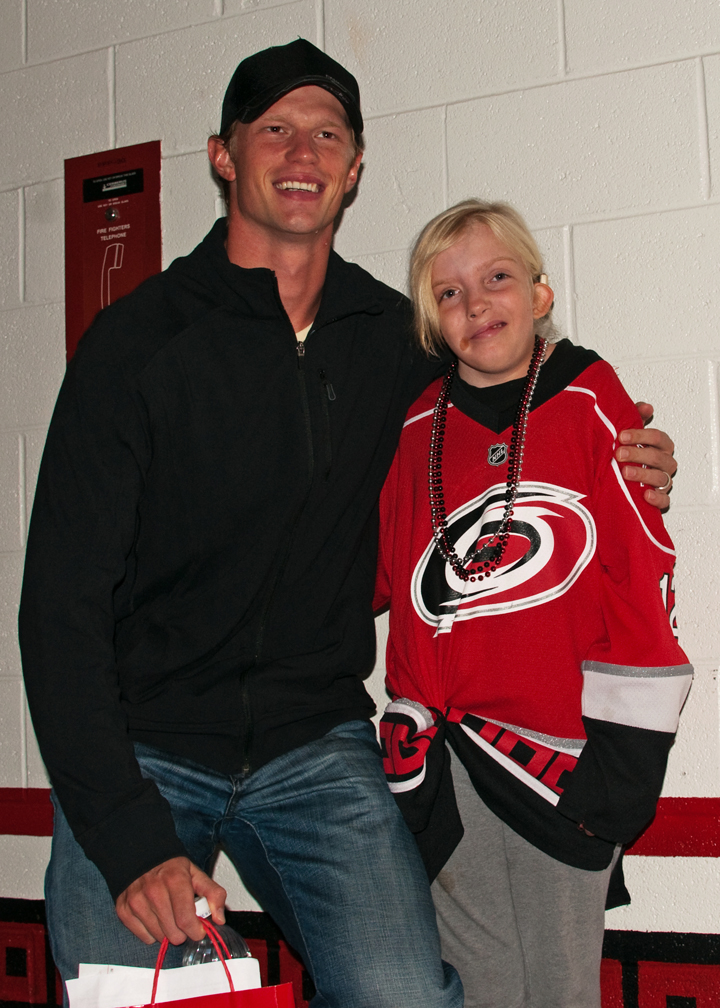 The Carolina Hurricanes have been in Raleigh for 17 years. Eric Staal has been here for 13 of them.

Staal was the Canes' first homegrown star. Glen Wesley came here with the team. Ron Francis followed a year later, and would have been a Hall of Famer even without his six-season coda as a Hurricane. Rod Brind'Amour reached the pinnacle of his career here, but he was St. Louis' and Philadelphia's before he was Carolina's.

Not Staal. We watched him grow here. We celebrated with him. He captained an All-Star Team and raised the Stanley Cup on our ice, and 19,000 of us saw it with our own eyes, live and in person, not on television somewhere far away. 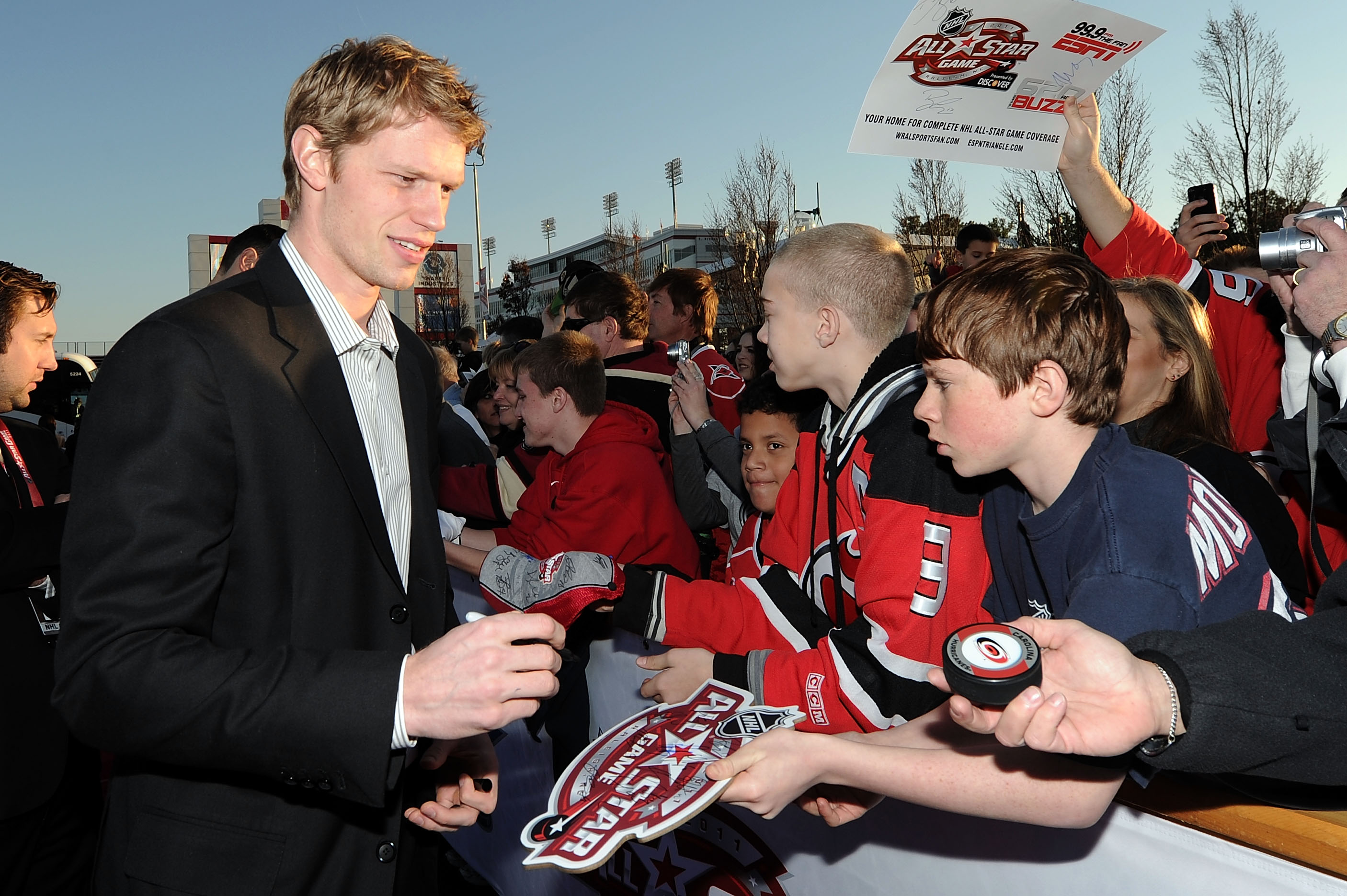 We knew him as a person, in a way that areas rarely get to know professional athletes in an era of free agency and salary caps.

And now he isn't anymore. It's the reality of the business of hockey, but reality sucks.

This isn't like other rental deals. Alexei Ponikarovsky was little more than a Hurricanes media guide footnote, although his deadline trade did yield Jaccob Slavin. No one shed many tears when Andrej Sekera was offloaded last year. Stephane Yelle was a Hurricanes player once upon a time, although you could be forgiven for forgetting that the Stephane Yelle Era was a thing that ever existed in Carolina. 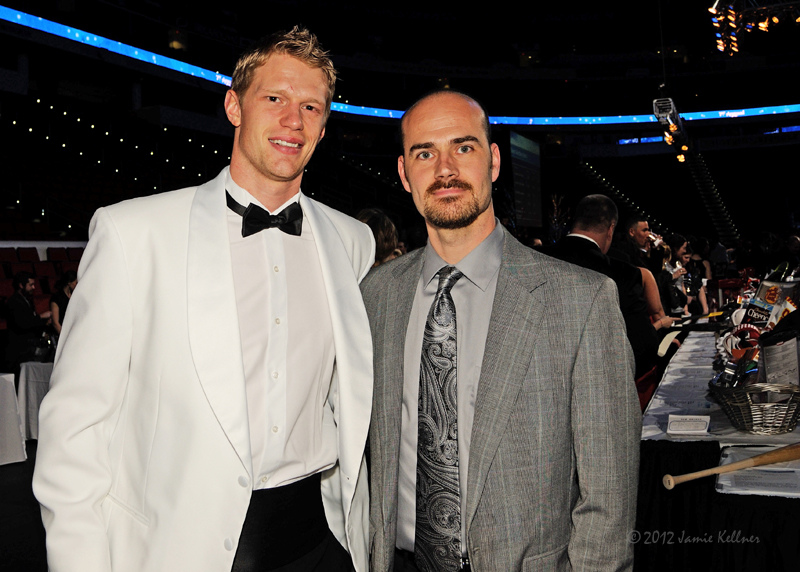 Put simply, Eric Staal was synonymous with the Carolina Hurricanes - not the franchise, but the Hurricanes. His absence leaves a hole, quite literally, in the dead center of the Canes' locker room. 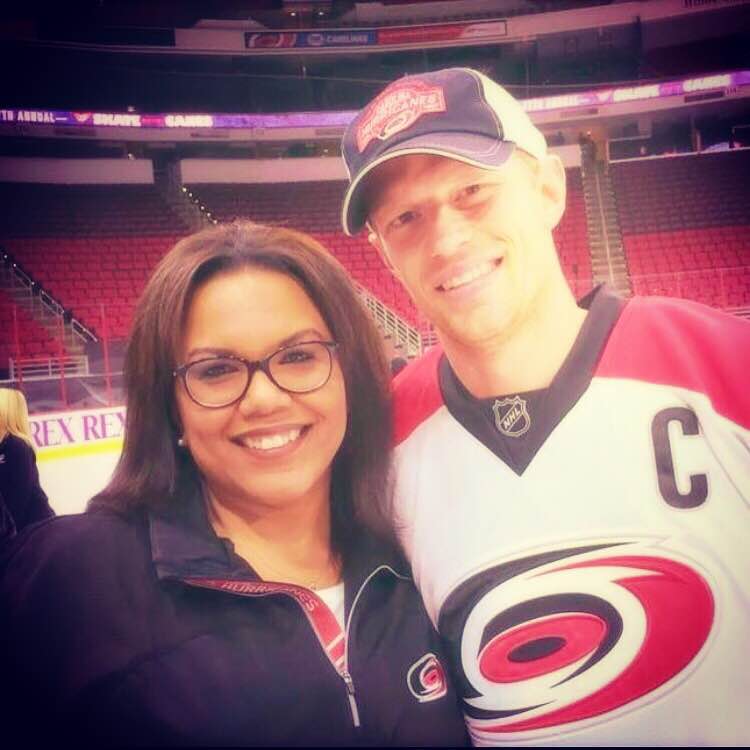 There really aren't many things to be said that haven't been said already by someone else. What I will remember from Eric Staal's time with the Hurricanes is how much he became just as much a part of the fabric of the Triangle as any of those coaches I mentioned earlier.

Look at the pictures that accompany this column. Eric Staal represented the Hurricanes to so many different people, in so many different walks of life. His community work through the Staal Family Foundation is legendary. He always had time for his family, what with his three sons and three nieces. 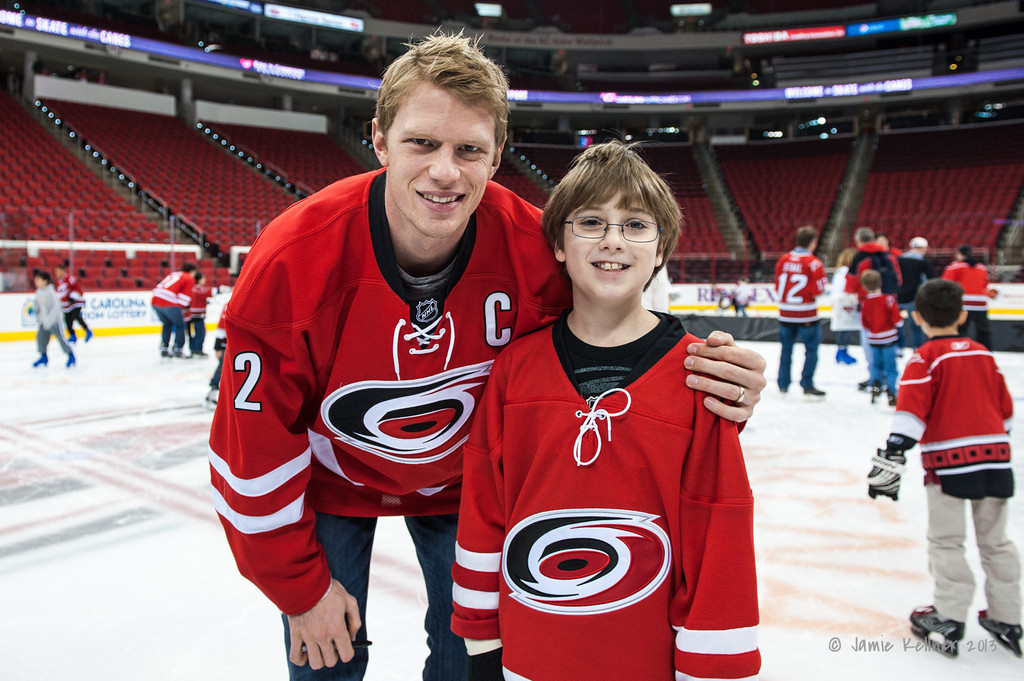 But he always considered Canes fans part of the extended family too. And that was what made Eric Staal the identity of the Carolina Hurricanes.

Given what typically happens when the Rangers come to town, the March 31 matchup at PNC was likely going to be a raucous affair as it was. But it will be a surreal sight to see No. 12 in a white and blue jersey, playing with another brother, fans torn between cheering for the departed captain and for the team he left behind. (And God help all of us if Staal actually scores during the game. The roar will - should - be deafening.)

It's a strange state of affairs when the Rangers - the Rangers, for heaven's sake! - will likely be the adopted team of choice for a good number of Canes fans in the playoffs, but that's where we are. That's how much Eric Staal meant to this organization, these fans, this region.

Thanks for everything, Eric. The Canes won't be the same without you.